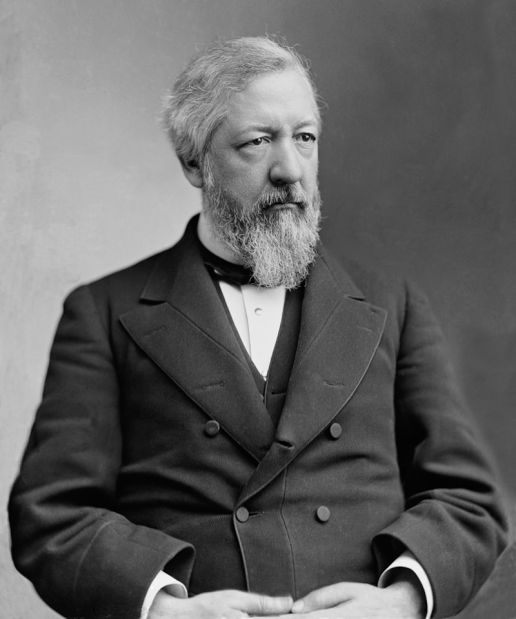 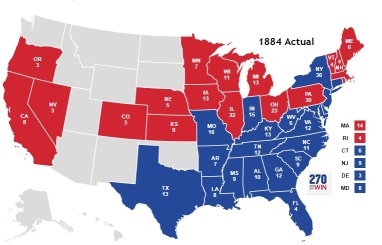 The election of 1884 shook up politics in the United States as it brought a Democrat, Grover Cleveland, to the White House for the first time since the administration of James Buchanan a quarter-century earlier.

The momentum, especially in the critical state of New York, dramatically swung from Blaine to Cleveland. And not only was the election of 1884 tumultuous, but it set the stage for several presidential elections to follow in the 19th century.

The 1884 election, perhaps due to Cleveland’s scandal, was closer than many people expected. Cleveland won the popular vote by a narrow margin, less than half a percent, but secured 218 electoral votes to Blaine’s 182. Blaine lost the state of New York by little more than a thousand votes, and it was believed the “rum, Romanism, and rebellion” comments had been the fatal blow. 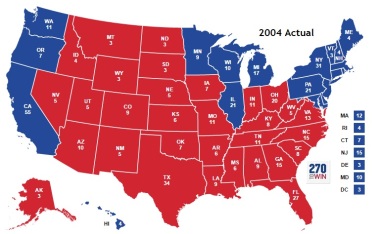 Election day started with a shockwave through the campaigns and the media. According to exit polls, the President was doing poorly, even in strong Republican states such as Mississippi and South Carolina. Although they could not yet share their findings publicly, it was clear the media were bracing for a major upset. Bush’s chief strategist, Karl Rove, however, was convinced the methodology of the exit polls had to be wrong and, in the end, he was correct. The election would come down to the swing states of Iowa, New Mexico, Nevada, and Ohio. Though they were close, the Bush team became convinced they had won all four and, with them, the presidency. At about four in the morning, however, rumors began circulating that Kerry and Edwards would file a lawsuit over the results in Ohio. Provisional ballots had not been counted in the state by the end of election night, leaving the results in some doubt. Consequently, Bush chose not to declare victory and again denied his supporters, gathered near the White House, a chance to celebrate. Kerry called the next morning to concede.

In the end, Bush won 286 Electoral College votes to Kerry’s 251, along with 50.73 percent of the popular vote. Having lost the popular vote in 2000, this majority, bare though it was, added some popular legitimacy to the Bush presidency and gave him confidence he had could focus on his domestic policy goals. Bush declared that he had earned political capital from the campaign and now he intended to spend it. His hopes, however, were soon dashed. *2 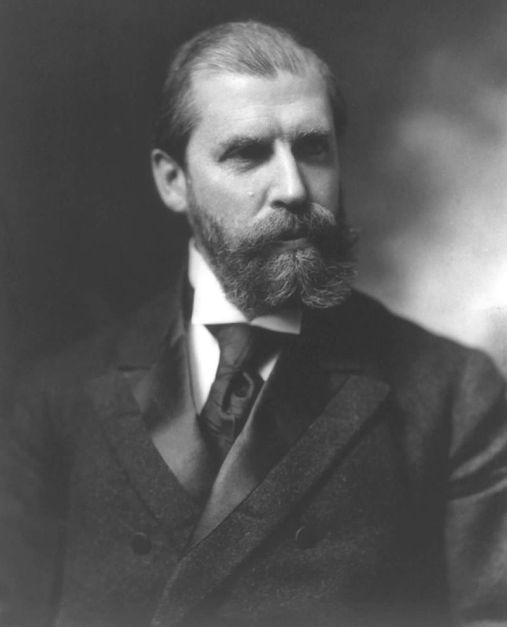 The result was exceptionally close and the outcome was in doubt for several days. The electoral vote was one of the closest in American history. With 266 votes needed to win, Wilson took 30 states for 277 electoral votes, while Hughes won 18 states and 254 electoral votes. Wilson’s peace position was likely critical in winning the western states; the key proved to be California, which Wilson won by only 3,800 votes out of nearly a million ballots cast. In the popular vote, Wilson’s lead was ultimately larger, but extremely narrow. Wilson’s popular vote margin of 3.1% remained the smallest attained by a victorious sitting president until 2004.

The total number of popular votes cast in 1916 exceeded that of 1912 by 3.5 million. The large total indicated the public’s heightened interest in the campaign, in part due to states’ extension of suffrage to women. *3 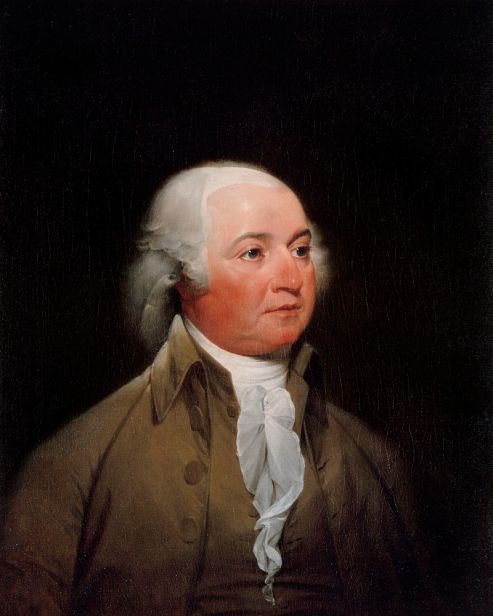 The Constitution in 1796 required presidential electors to place the names of two individuals on their ballots; the candidate with the highest vote count, if a majority, became the president and the runner up the vice president.

It was generally agreed among the leading Federalists that John Adams of Massachusetts should follow the Southerner George Washington. Alexander Hamilton, however, had quarreled with Adams and sought to influence the results. Hamilton much preferred Thomas Pinckney of South Carolina, the presumed vice presidential candidate, and persuaded a number of Southern electors to vote for Pinckney and a lesser candidate, i.e. ignoring Adams. Word leaked out, however, and Adams supporters in New England influenced electors to drop Pinckney’s name from their ballots.

The results were not anticipated by anyone. Adams won with 71 electoral votes, but was followed by Thomas Jefferson with 68 votes; Thomas Pinckney trailed the leaders with 59. The president was a Federalist, but the vice president was the leader of the Republican opposition – an untidy situation. *4 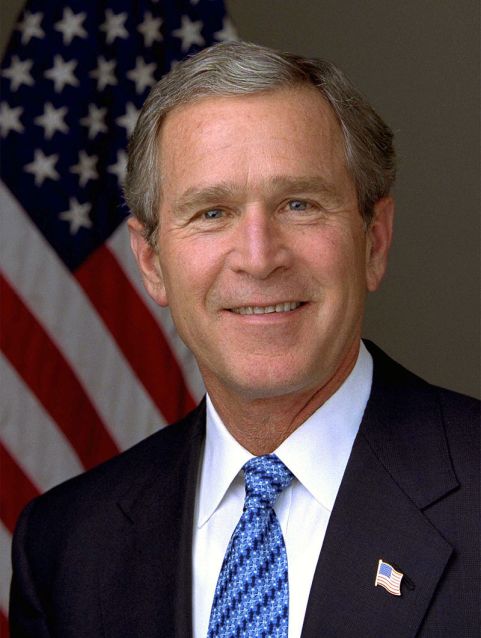 On election night, no clear winner emerged. Print and broadcast media cited often contradictory exit-polling numbers, and the races in Oregon and New Mexico would remain too close to call for some days. Ultimately, the contest focused on Florida. Networks initially projected Gore the winner in Florida, but later they declared that Bush had opened an insurmountable lead. Gore called Bush to concede the election, but in the early hours of the following morning it became apparent that the Florida race was much closer than Gore’s staff had originally believed. Fewer than 600 votes separated the candidates, and that margin appeared to be narrowing. About 3:00 am Gore called a stunned Bush to retract his concession.

By late November the Florida state canvassing board certified Bush the winner by 537 votes, but the election still was unresolved, as legal battles remained. Eventually, the Florida Supreme Court decided (4–3) to order a statewide manual recount of the approximately 45,000 undervotes—ballots that machines recorded as not clearly expressing a presidential vote—and accepted some previously uncertified results in both Miami-Dade and Palm Beach counties, reducing Bush’s lead to a mere 154 votes. The Bush campaign quickly filed an appeal with the U.S. Supreme Court, asking it to delay the recounts until it could hear the case; a stay was issued by the court on December 9. Three days later, concluding (7–2) that a fair statewide recount could not be performed in time to meet the December 18 deadline for certifying the state’s electors, the court issued a controversial 5–4 decision to reverse the Florida Supreme Court’s recount order, effectively awarding the presidency to Bush (see Bush v. Gore). By winning Florida, Bush narrowly won the electoral vote over Gore by 271 to 266—only 1 more than the required 270 (one Gore elector abstained). Gore, however, won the popular vote over Bush by some 500,000 votes—the first inversion of the electoral and popular vote since 1888. *5 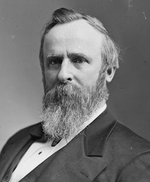 The election results left the nation in suspense. All agreed that Tilden had won the majority of the popular vote, but there was little agreement on what the electoral results should be. In order to win, a candidate needed 185 electoral votes. Tilden controlled 184 votes and Hayes 165; 20 votes, however, were in dispute in South Carolina, Louisiana, and Florida, where Reconstruction Republican governments were still in control. (A single elector was challenged in Oregon.)

Each of the states with disputed votes submitted two sets of electoral ballots, one favoring Tilden, the other Hayes. The Constitution had not foreseen this event and offered no remedy. Loose talk was heard in some quarters about the possibility of war breaking out. In the end, Congress opted to appoint an “impartial” Electoral Commission to find a solution. 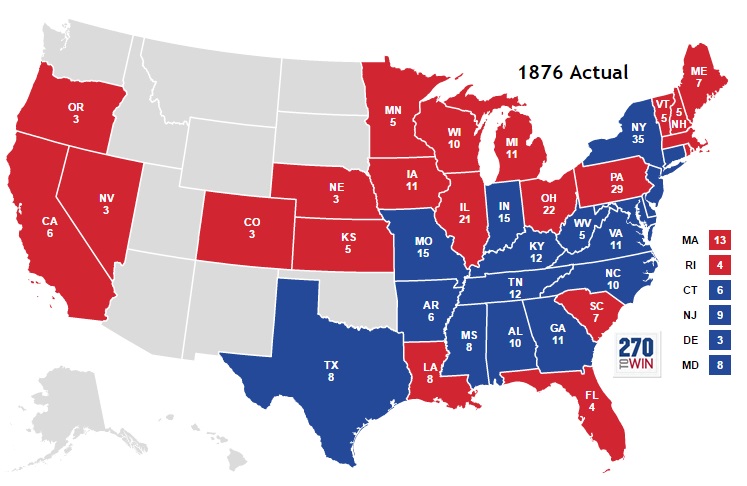 Congress attempted to establish an impartial panel to decide the disputed Election of 1876, appointing five members of the House, five from the Senate and five justices from the Supreme Court. This commission was to be composed of seven Republicans, seven Democrats and one Independent.

The intended impartiality dissolved, however, when the Independent, Supreme Court Justice David Davis of Illinois, balked at assuming the hot seat and accepted an appointment to his state’s vacant Senate seat.

The replacement 15th member of the commission was a Republican. Not surprisingly, the final votes on the disputed ballots turned out to be eight to seven in favor of Hayes, the Republican candidate. In truth, the outcome had been engineered through the Compromise of 1877.

An informal agreement between the two parties, sometimes called the “Compromise of 1877,” convinced the Democrats that they should accept the Commission’s 8-7 vote, which made Hayes the new president. *6