Daley Blind’s roar after he side-footed a superb opening goal soon after half-time against Liverpool, following an uneventful first half (Credit: PA).  As the son of former Ajax defender and current Netherlands national team manager Danny Blind, he really needs to have a powerful roar, and a lot of goals.

INFO: Daley Blind (born 9 March 1990) is a Dutch professional footballer who plays as a defensive midfielder, left-back and centre-back for English club Manchester United and the Netherlands national team. 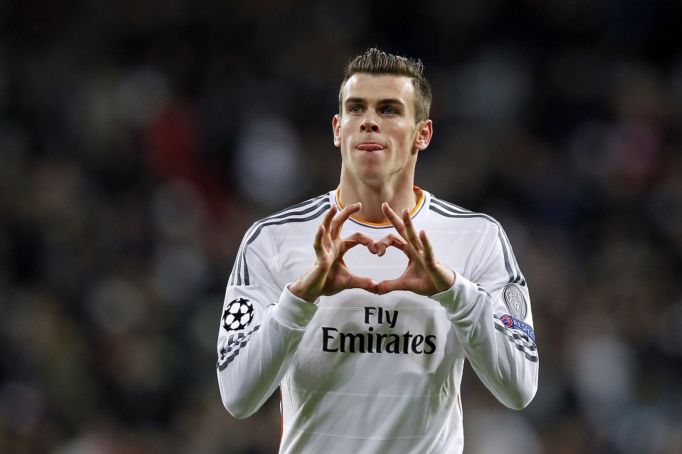 Bad News For Gareth Bale After It Emerges Google May Already Own Patent On His ‘Love Heart’ Celebration, though the guy needs some credit for pushing his international team in the spotlight this year. Give the ridiculous heart sign patent to him.

INFO: Gareth Frank Bale (born 16 July 1989) is a Welsh professional footballer who plays as a winger for Spanish club Real Madrid and the Wales national team. 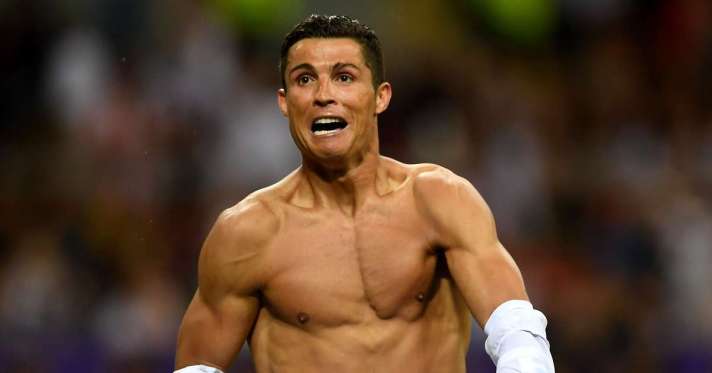 When Cristiano Ronaldo netted the winning penalty in the Champions League wearing an Adidas shirt, it was an opportunity for the German sportswear giant to receive some great advertising. Except the Portuguese star ripped off his shirt and threw it to the floor, meaning the Adidas logo was nowhere to be seen in any of the celebratory photographs. But he always do that thing, to make him more famous or something. 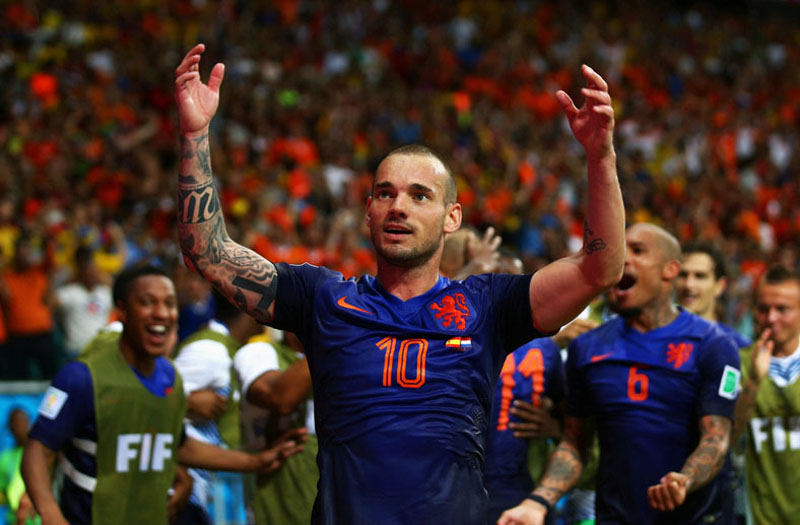 Wesley Sneijder celebrated Netherlands 5-1 win over Spain, in the 2014 World Cup by asking the crowd to rise up. Two more of Sneijder’s goal celebrations coming up because he’s our favorite.

INFO: Wesley Sneijder is a Dutch professional footballer who plays for Turkish club Galatasaray and the Netherlands national team as a midfielder.

Give it to the guy to roar like that, he’s goal comes not so often, he almost always just hugs the one who scored the goal.

INFO: Ron Peter Vlaar (born 16 February 1985) is a Dutch footballer who plays as a centre back for AZ Alkmaar in the Dutch Eredivisie, having returned to play at his first professional club. Vlaar is a regular at centre back for the Netherlands national team and has played for and captained both Feyenoord and Aston Villa.

Concentration: Klaas-Jan Huntelaar keeps his eye on the flag as his right boot makes a clean connection, which should score him another goal if they’re playing another sports called hit the flag. Kung-fu kicks are a common theme in this Netherlands World Cup squad back in 2014. Huntelaar’s exuberant celebration after scoring his team’s goal against Mexico was the latest in a trilogy of kung-fu antics, as he acrobatically followed in the footsteps of midfielder Nigel De Jong and boss Louis Van Gaal. Their kung-fu kicks were in slightly different circumstances though.

INFO: Dirk Jan Klaas “Klaas-Jan” Huntelaar (born 12 August 1983), nicknamed The Hunter, is a Dutch professional footballer who plays as a striker for Schalke 04 and the Netherlands national team.

The guy can do multiple goal attempts but sometimes no goal, poor guy. But for his attempts (nice try) and when he indeed scores a goal, his celebration is so simple in captures the moment very well. And we said that because he’s another favorite of ours. So expect him in part 2.

INFO: Vincent Petrus Anna Sebastiaan Janssen (born 15 June 1994) is a Dutch professional footballer who plays as a striker for Tottenham Hotspur. He was awarded the 2016 Johan Cruyff Trophy, the Dutch “Talent of the Year” award. 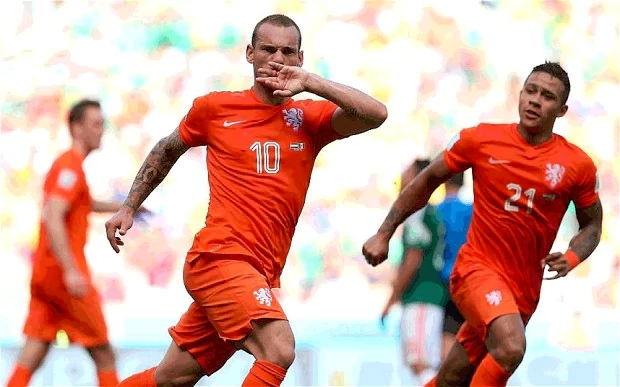 INFO: Wesley Sneijder was named UEFA midfielder of the season and one of the three best midfielders in the world for 2010 by FIFA.

We saw him raising both hands in the air after scoring a goal as a part of his celebration. This gesture is to pay tribute and thanks to his grandmother who were very much close to him. He lost his grandma at the age of 10. He always believes she is up there and watching him from above. That’s his way of showing that he would always be grateful to her. (From http://www.sportyghost.com/).

This is a classic I’m a superstar reaction to everywhere classic goal but Olivier Giroud is so good in delivering goals it really doesn’t matter. especially when the goal celebration was a dedication to his newborn child like his two goal performance against Hull City.

INFO: Olivier Giroud (born 30 September 1986) is a French footballer who plays for English club Arsenal and the France national team.