Lysley Tenorio portrayed an invisible kid who must remain hidden not by choice, but in order to survive.

“That’s why I’m here. I was hiding. Now I’m not.” Excel become invisible when he turned 10 years old. His mother revealed they were TNT, “Tago ng Tago.” Always hiding. Arriving as an illegal immigrant in the United States, Excel navigates a life where he must not be seen. This while trying to dream in a world where everyone is an actor, and himself a mere audience. 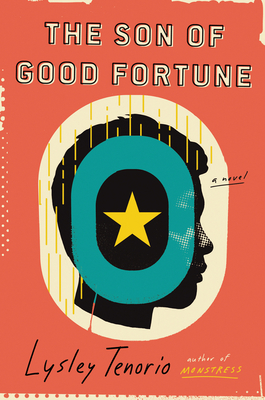 There are many forms of being invisible. In “The Son of Good Fortune,” author Lysley Tenorio portrayed an invisible kid who must remain hidden not by choice, but in order to survive. The book tackles the story of Excel, an illegal immigrant from the Philippines, and how this reality has defined him and affected his life.

Being a native Filipino speaker, I was baffled by how badly the characters speak the language
(excluding Excel). But the portrayal of two cultures in Maxima and Excel’s lives (the orasyon chanting, Target shopping) gives a vivid glimpse of the life of Filipino immigrants. Books about their stories are scarce, and Tenorio’s “The Son of Good Fortune” is a welcome addition to the growing list of anecdotes about Filipinos living overseas.

Every word in this book exudes hope and fear, centered around a question of how an undocumented person can live in a country that views his kind as an outsider. I love how Excel’s story is both similar and different from the stories of other immigrant kids. Her mother was a B-lister movie actor who fled the Philippines while pregnant. Excel was born inside an airplane, making him lose his chance to be a U.S. citizen. There are stories like this one. Excel’s struggles are the same as the others. But “The Son of Good Fortune,” gives the readers a new perspective of an immigrant’s life just as it is. Without begging the audience to take sides.

(Sky god Worthy. 5 out of 5 stars). Beyond the story of an immigrant, “The Son of Good Fortune,” is the story of a mother and a son. Maxima and Excel’s lives from the get go are not your typical story. Tenorio shows how a mother’s love shines, especially in the midst of hardships. Every page of this book is a riveting read, and the experience will leave a mark to readers. That’s how you know that this book is special.