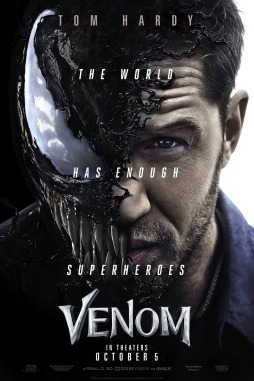 I’m no Trump supporter, I generally like mainstream media, but with “Venom”, I have to say: no, you guys are wrong. Google Venom + review and what you will mostly read are bad reviews with one unifying point: it has a bad plot and Venom isn’t just as likable to be a hero. And I say this: that is ridiculous and unfair. It’s the same with “Solo” and other spin-offs of famous franchises, these people just don’t get it, why the characters are the way they are, and why and how the plot is essential to the story (years and years of story build up in the case of Venom).

In “Venom,” Eddie Brock (played by Tom Hardy), meets this symbiote Venom who is a part of an alien race called the Klyntar, and who wanted to bond with him permanently, for a sinister objective of taking over the Earth (at first), to eventually helping Eddie to stop his race from doing that exact objective, which is a relief for mankind, I’m sure.

To say that Tom Hardy performed well in this movie is an understatement. My god, Hardy’s acting in “Venom” makes us audience glued to the screen to stare at his face, refusing to even blink. That is how good he was. The mainstream media critics say that Eddie Brock’s character is flawed, that his moral outrage is not enough. I admit that I couldn’t see Hardy as a reporter but he did well to play that part (and he is exactly what Eddie in the Marvel comics looks like). The transition of Hardy’s character choices is clear, leading to the plot, even if it did not please many of the critics because what they were used to watch. His choice to willingly bond with Venom was met with derision but please be reminded that this is a universe where Superheroes exist, it was created in comics, so clearly the critics need to catch up. 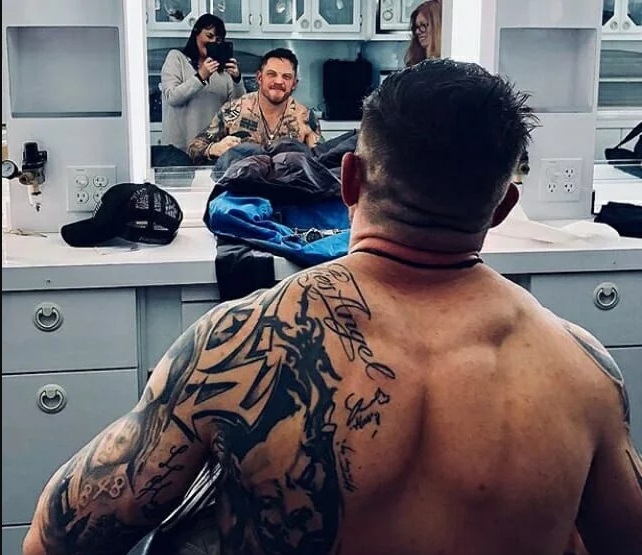 And there’s plenty of criticisms hurled against Venom himself, that poor CGI alien guy or symbiote or whatever you want to call him. The problem is that the mainstream media can’t just swallow the fact that a monster could be a hero too, not that we are struggling against that very notion at the very moment, politically speaking. I get it that Venom’s transition from a bad guy to a good guy (or symbiote) isn’t enough, and they might have a point, but the saying that he isn’t likable enough to become a hero is unfair. Come on, you laughed at his lines all the effing time, admit it. In that case, I’d rather have him than, say, a moody Batman. For us fans, it’s easy to accept Venom as a hero after year and years of reading his story, so that kind of opposition to the very notion of a monster as a hero is understandable.

In the comics, he was the combination of Peter Parker (aka Spiderman) and Suicide Squad. He is not that villainy, but boy he really hated Spiderman, because well it’s complicated, you have to read the comics. But there’s no Parker in this movie (not yet anyway) and Venom was at first was plain evil turned good by Eddie, which happens, in a Superhero universe, accept it.

Ruben Fleischer, the director of “Zombieland”, did a great job in the horror part of the movie. It was so good that I forgot the transition from horror to comedy and back again the entire time. That was why he was a great choice for “Venom”, to inject that horror and comedy we like about in “Zombieland.”

I have a mixed feeling about the CGI stuff in this movie, mainly because I was hoping for an ordinary costume that could turn into a slithering being, but a black oil slick and a muscley creature is fine with me nonetheless. Yes, the effects were weird on screen, but critics saying that Venom has “visually outrageous powers” is laughable and demonstrates the fact that they just are not familiar with Venom’s universe.

Which lead us to the story, the one that critics are saying “is relatively flat” with “erratic plotting to escape its own limitations.” Wow. As Chris Sims wrote in his Polygon article: “Spider-Man comics (Marvel comics for that matter) are monumentally self-referential, even by the standards of continuity-heavy superhero stories. There’s no event so weird, no detail too small that it can’t come back in one form or another…In other words, it’s comics. Maybe more than any other character, Venom is rooted in a universe where someone can go off to space and find a costume that secretly wants to eat their brain, while also prompting people to use phrases like “vulnerable to fire and sonics” as though they are things anyone would actually say…bonded, well, symbiotically, with the excesses of the superhero genre.”

“Venom” is far from perfect, I admit that. But shooting it down in the wrong places is just plain unfair. True, the movie could use some polishing in the plot, stretching the story a little bit more to give Venom that character arc he needed, but it was nonetheless a good start to a promising Marvel series.