For our 6th movie review, we take a look at two historical movies narrating the end of two villains in history, Adolf Hitler in Der Untergang (Downfall), and Joseph Stalin in The Death of Stalin. Plus we take a look at Like Crazy and Please Stand By (and get some Star Trek scenes along the way). 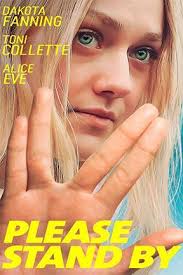 Please Stand By: Captain, there is only one logical direction in which to go, forward!

This is a simple story but will remind viewers of how dreams can triumph amid the adversities in life. In Please Stand By, we meet Wendy, played by Dakota Fanning, a young autistic woman who one day ran away from her caregiver in an attempt to submit her manuscript to a “Star Trek” writing competition. She has never left the security of her day-to-day life before but courageously stepped into the unknown world to deliver the script she believed would win and be the new story of her beloved Star Trek movie. Wendy was doing it for several reasons, but mostly because she wanted to prove to her sister that she is stable enough to meet her nephew.

The simple premise of the story was just captivating, the script was well written, and the acting was just superb. Viewers will watch the challenges Wendy will face along the way with awe. What especially stood out with us was when the pages of her script got blown away while she was on the run but instead of giving up, she searched for papers and wrote the script down from memory, all while trying to beat the deadline. In the end, this movie will give you the courage to try the things you want to do and believe that you can do it.

Shot mostly through the eyes of Traudl Junge, the secretary of Adolf Hitler, Downfall presents a very detailed story of the last days of Hitler in his bunker in Berlin. Most books could provide these details but watching this movie feels surreal, like meeting the personalities around Hitler in real life, and experiencing their stories as they witness their twilight hours, the twilight moments of these gods. The movie captured the tension and blind devotion of the remaining soldiers and people around Hitler, as well as, the fear as artillery blasts shook their bunker while the Red Army advances in Berlin.

It’s cool to see the World War II antagonists on the big screen, their ploys during those last days being retold in this movie. Reichsführer-SS Heinrich Himmler is one of our favorites and the actor did not disappoint in playing this role. We also see the Hitler Youth decorated during Hitler’s last birthday.

The movie presents in length hoe Hitler raved about sending his non-existent armies to counter the Russian attack and his disillusions which greatly torn his last supporters apart. There are also Joseph Goebbels and his wife and children, their gruesome choice of death given justice in this movie. The events outside Berlin were not included in this movie so we did not see how Hermann Göring was killed which is a bummer. But we saw Hermann Fegelein’s death which is sad because he was one of our favorite Nazis who had some soul remaining on him.

Without stroking any wound (or violating any anti-Nazi German laws), the movie managed to present some heroes in this story like that of Reichsphysician SS Ernst-Robert Grawitz. In the end, the characters were not redeemed from their evil acts on this movie but just present us the events in detail about what transpired to them in hopes that we could glimpse some reason behind the insanity that they created. 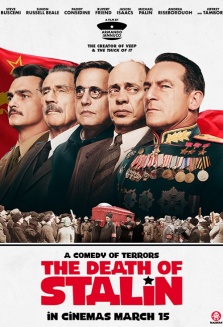 The Death of Stalin: The race has started

This is not a true story. Sort of. The Death of Stalin is a political satire parody detailing the days before and after, you guess it, the death of the Russian leader Joseph Stalin. It was chaos when Stalin suddenly died after a coma (presumably poisoned) and this movie shows us the, more or less, the events during those tumultuous times. The power struggle was front and center in this movie but with a dash of comedy that viewers will surely enjoy.

Despite the fact that the Central Committee heads, Stalin’s top, and notorious people, were made to be funny, the actors did not lose the real personalities of these people, highlighting their characters and mixing them with comedy to make this awesome parody somehow both real and surreal.  The murderer NKVD head Lavrentiy Beria, for example, was funny at times but his signature evil personality was still there.

The movie took liberty in changing some bits of details regarding Stalin’s death, cramming the story in a 2-hour movie while not losing the essence of it all. For example, Stalin died within a day compared to 3 days with a laughable part from some kidnapped doctors. Also, Beria’s downfall was altered in this movie, though it didn’t make his death somewhat gruesome.

The thing about this movie is that there was comedy in it but you could still feel the horror within the Kremlin, the darkness that shrouded Moscow during Stalin’s reign of terror and which continued even after he died. By poking fun at the antics of the top level leaders of the Committee, the movie showed the pure evilness of these people and the effect that their actions caused on Russia and its satellite countries during the Cold War.

PS: Field Marshal Georgy Zhukov was there in the movie and we like how he was portrayed there.

Like Crazy: I want you, I need you, I love you, I miss you

A romantic movie! But this is not a movie with a twist on it, a dying girl, a rich guy or a story about a mermaid. The thing about Like Crazy is that its story is so simple it bemusing to think about it, and its simplicity and the way this simple story was told is what makes this movie good to watch.

Felicity Jones plays Anna Gardner, a British exchange student attending college in Los Angeles who met and fall in love with another student Jacob Helm (played by Star Trek’s Anton Yelchin). The plot is simple, Jones overstayed in the US, violating her student visa rules and was denied entry to the US. The movie narrates the hardships of the distance of Anna and Helm in such a simple manner, unbridled by cheesy theatrics, that it was captivating to watch.

Jones and Yelchin were so perfect in their roles that you will feel their struggles and the pain brought by the strains in their relationship. The movie did not try to be deep or provide scenes that need to be delved into, or dissect, but still, its very simplicity makes it more engaging to watch. While we secretly root for Jones’ new boyfriend Simon (Charlie Bewley, the two never did lose their special connection, and the movie provided not a happy ending but a satisfying one.