We present our tactical analysis for the Final of the 2018 FIFA World Cup between France and Croatia. After the heroic 2-1 comeback against the young England team in the semifinals, Croatia will set on the Final stage for the first time in their history and will face the all-talented side of France in a match that will be a celebration of all things we all love about football.

Croatia will have a 4-3-3- formation and with creative midfielders, their range of passing and dynamic running can make a goal possible. But there is too much gap on the between their front four and the team seems to be disjointed at times. They will defend in a 4-2-4 format exposing the middle of the field. That should be remedied as we have seen in their England match.

Croatia had the likes of Modric, Brozovic, and Rakitic in their midfield, all very good press-resistant players, especially Modric. They could make use of this trait to navigate the well-coordinated press of France which is perfect in its execution. This meant that Croatia could hit France on the break, executing their transitions to perfection. Having Mandzukic and Rebic up front helped this cause, as both the players were willing runners and should’ve kept dragging the France wide centrebacks out of their position.

The defense will be provided by Raphael Varane, Lucas Hernandez, and Samuel Umtiti, lining up in front of the keeper Hugo Lloris. France will likely use the 4-2-3-1 formation with fallbacks push up high to provide width and overlap to forwards flanking strikers Olivier Giroud or Antoine Griezmann. They will press in midfield, Ngolo Kante flanked by Paul Pogba, the other side is Blaise Matuidi.

They will fall to a 4-3-3 formation during an attack. Kylian Mbappe could cross or cut or shoot. They have good forwards and midfield and their press and transition counter are fatal. Benjamin Pavard will push high and flank the attacking striker. Kante will line up with Pogba. France will play two wingers including Mbappe. Griezmann and Giroud provide aerial ability and are clear striking options.

Despite Dejan Lovren’s claim that he is the best in the world, the defensive side of France is much stronger with Benjamin Pavard, Raphael Varane, and Lucas Hernandez. Their strikers need to penetrate these guys and keeper Hugo Lloris to earn a goal. Sounds like a huge task for them. Lovren and company should step up to deny any goal opportunity to one of the bests attacking side in this tournament. We gave a score of 13-7 for France.

Ivan Rakitic is world class but he needs for his teammates to step up to control the midfield and the ball possession, seeing that Croatia’s weakness is in this area, as evident in their first half match against England. We give a slight advantage for France on this one 8-7. 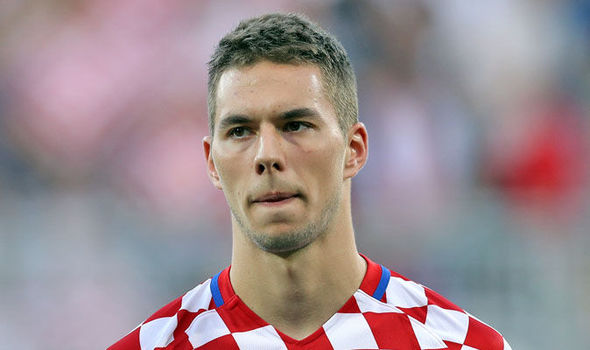 The trio Antoine Griezmann, Olivier Giroud, and Kylian Mbappe is unstoppable at this point, the defenders of Croatia will have a hard time denying goals from any of these three players. We gave a score of 15-11 for France.

Hugo Lloris talent level is so far above Daniel Subasic there’s no denying it, but Subasic has proven that he is a capable keeper throughout this tournament. We give a score of 5-3 for France.

France will line up in a lop-sided 4-2-3-1, in defense France will look like 4-3-3. France full-back will push high. Croatia played in a 4-1-4-1 with a great hole in the midfield before switching in a 4-3-3 for greater defensive solidity in midfield as seen in their match against England. This gives Ivan Rakitić a better cover and better balance. 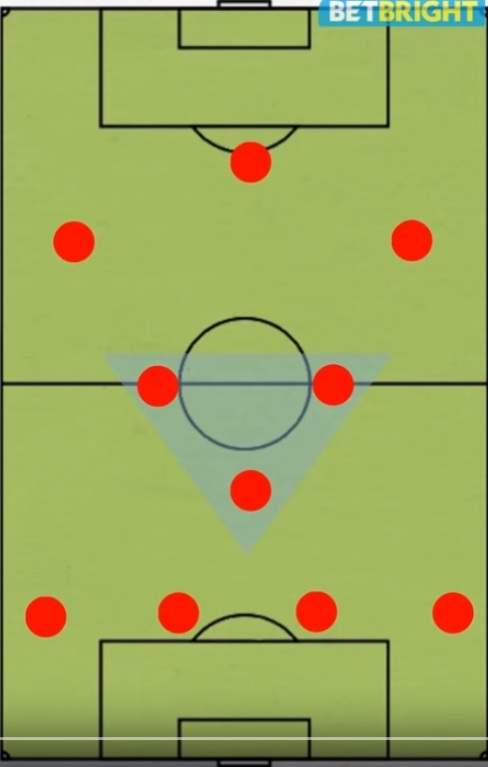 Croatia like to keep the ball, looking horizontally and for a moment when the full-back is in space and transition quickly wide to create a passing opportunity, or for the wide players to run inside for a goal. 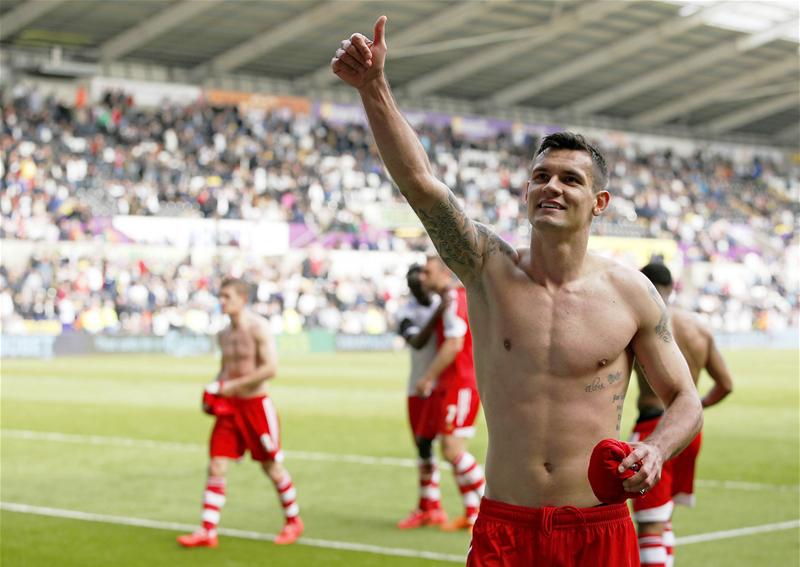 The 4-3-3 format will ensure that France will not easily penetrate the middle field. France needs to defend the wings and attack the center, with France’s solid left-hand side. Croatia will look to push their full-backs high to force Kylian Mbappe to return the ball on their side and also because Croatia’s full-backs support the wide players. France should cut off the full-backs of Croatia and retain a solid middle, not giving a chance for Croatia an easy pass on the field. France are best known for counter-attacking quickly from the back, against sides with poor defensive middle so Croatia badly needs their midfield to be solid. They need to exploit Croatia’s willingness to move forward leaving a room for the midfield.

Croatia will create chances but need to defend against France’s vertical midfield play. They could not afford another gaping hole in the midfield especially against France. Olivier Giroud is a pro compared to Harry Kane and should have no problem converting a goal if Croatia’s counter-attack falters. Croatia must press and they need it to do it as a team, to squeeze the gaps.

Croatia’s wide players provide their main attacking outlet, and there is a need for France to work collectively or Croatia will take advantage of the gaps of France when their opponent’s wide players will be on the attack. 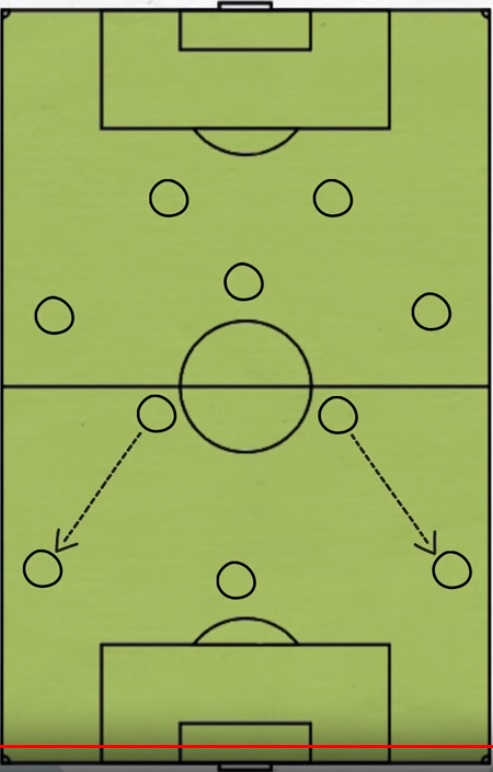 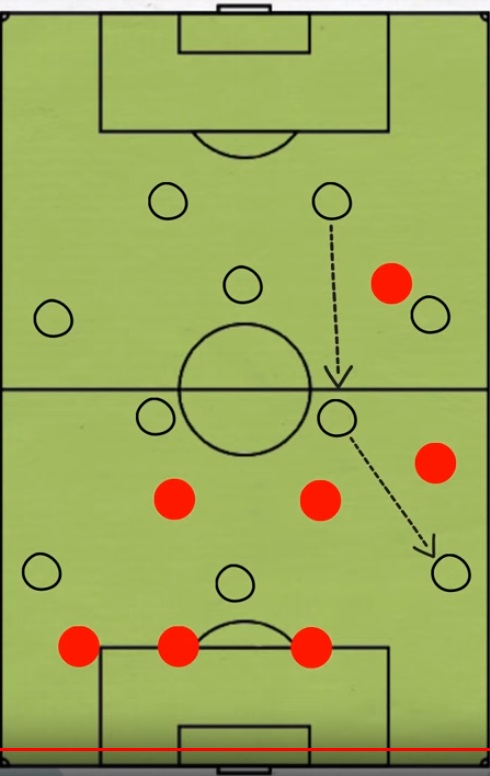 It will be France’s defensive ability versus Croatia’s attacking talent. This should be a fitting end to a wonderful World Cup.