Here’s our take of the top 5 matches from Group A to Group F in Day 7 to 10 of FIFA World Cup 2018 in Russia with a decisive victory of Germany over Sweden. 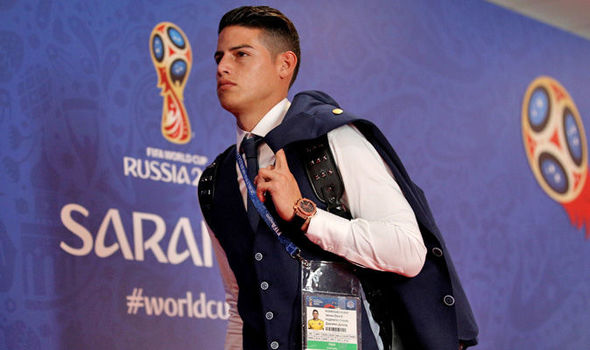 The World Cup on Tuesday treated soccer fans to another big upset. Colombia, with star James Rodriguez starting the match on the bench, fell 2-1 to an inspired and ambitious Japan team. Japan took advantage of an early red card to Carlos Sanchez and scored early and late to take the three points as Colombia’s creativity in the final half hour was absent for most of the match.

Sanchez’s handball just in the third minute gave Japan a penalty kick that Shinji Kagawa put away with calmness. It was the second-quickest red card in World Cup history.

73 mins GOAL!!!!! JAPAN TAKE THE LEAD AGAIN! Osako makes it 2-1! Honda whips in a delightful cross from the corner and the striker gets up well to power home his header via the inside of the post!

39 mins GOAL!!!! QUINTERO EQUALISES! It’s now 1-1! It’s a really clever free-kick as he fizzes it under the jumping wall and into the bottom corner! The keeper catches it just as it crosses the line and tries to protest, but the goal-line technology gives the goal! 10-man Colombia are back on level terms!

6 mins GOAL!! KAGAWA SCORES! He’s made it 1-0 to Japan! The Borussia Dortmund midfielder is unfazed by Ospina’s attempts to delay the penalty and put him off, sending the goalkeeper the wrong way and slotting coolly into the corner!

Top 4: Denmark on Pace to Advance in World Cup After Draw With Australia 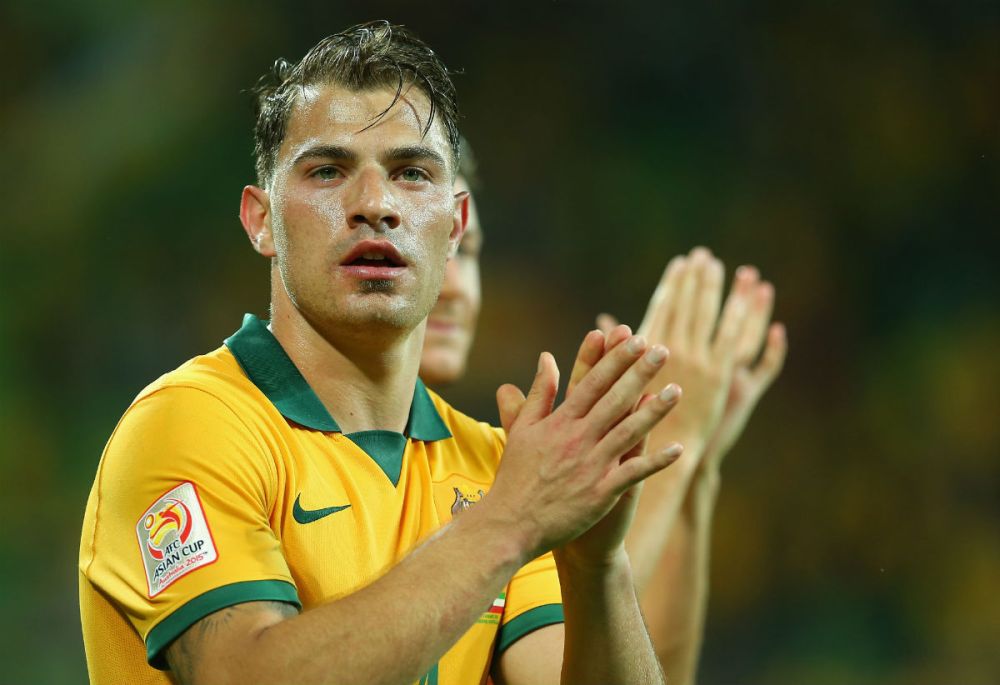 Denmark opened the scoring seven minutes in when Nicolai Jorgensen received the ball in the box and made a beautiful finesse chip to a charging Christian Eriksen.

He made no mistake and drove it home.

38 min GOAL! Denmark 1-1 Australia. Mile Jedinak makes it 12 from 12 from the spot for his country, calmly sending the ball into the half of the net vacated by the diving Schmeichel. Game on!

7 min GOAL! Denmark 1-0 Australia. That man for Denmark, Christian Eriksen, with a powerful half-volley smashed beyond Mat Ryan. The ball was played up to Jorgensen who does well to chest the ball into the path of his advancing no.10 who doesn’t break stride to sweep a masterful volley into the roof of Australia’s net. Just goes to show how little of an opening Eriksen requires. Class. 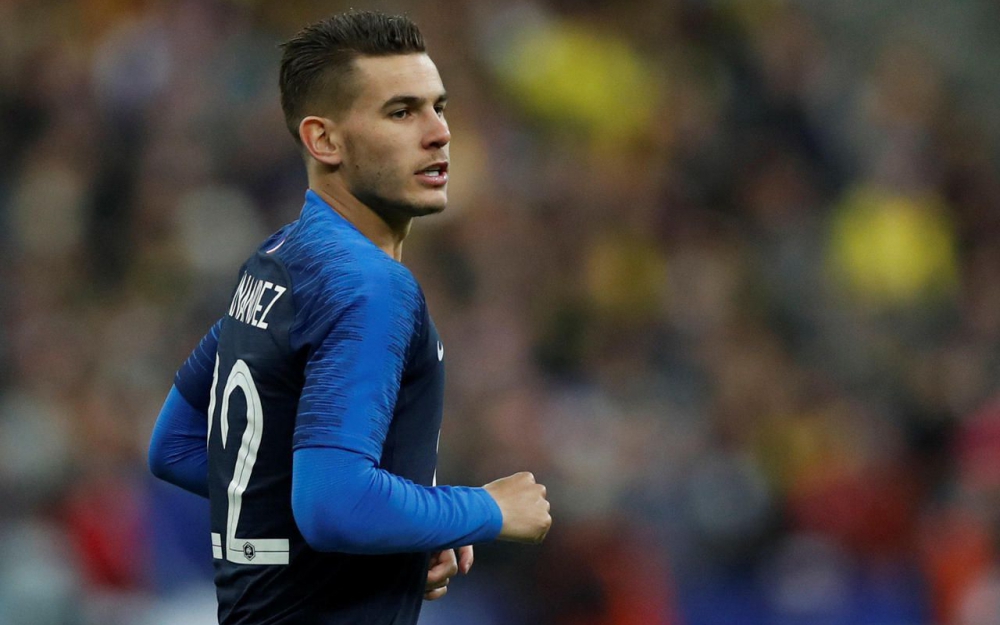 France has beat Peru 1-0 with a goal from Kylian Mbappe to book its place in the last 16 of the World Cup and crush the South Americans’ hopes of progressing in their first appearance at the tournament for 36 years.

Mbappe’s 34th minute goal took him past David Trezeguet’s record (20) as France’s youngest scorer in the competition, at 19 years of age, and took them to two wins from two games in Group C.

34 Mins: GOALLLLLLLLLLLL!!!!! MBAPPE TAPS HOME!!!! FRANCE LEAD 1-0!!! This time Mbappe does find the net as he converts from close range. Giroud did the hard work with a run into the box to latch on to Griezmann’s throughball. His strike was deflected by Ramos, but it beat Gallese. Mbappe followed the ball in and was able to guide it over the line. A hammer blow for Peru. 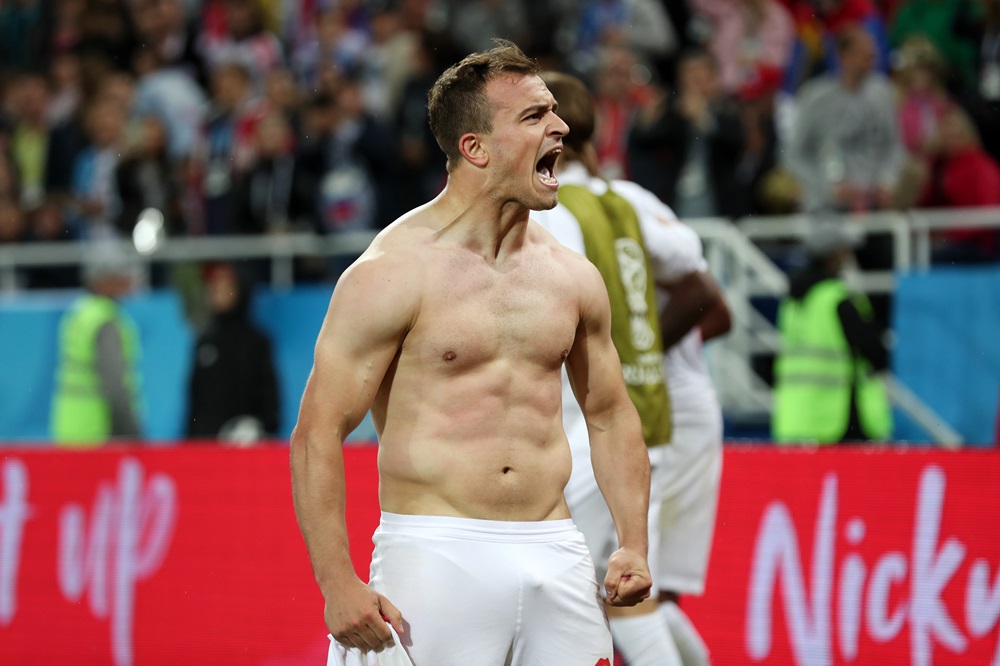 5 mins: GOAL FOR SERBIA! 1-0! Aleksandar Mitrovic fires a powerful header in at the left post as he runs onto a Tadic cross tipped in off the right flank, burying it past Sommer in goal with perfect timing. Switzerland are one down inside the first five minutes. Tadic’s cross came on the back of a lovely piece of individual play to fool Rodriguez out near the right corner post, sending the Swiss defender the wrong way before curling it in towards the far post. Serbia will be delighted with that start.

52 mins: OH MY WORD, WHAT A GOAL FOR GRANIT XHAKA! SWITZERLAND ARE LEVEL AT 1-1! The Arsenal man fires an absolute rocket of an effort in off the rebound of a Kolarov block on a Shaqiri strike on the right, catching it around 25 yards out on the left and blasting it in at the far post. Out of almost nothing, Switzerland are back on level terms.

90 mins: SHAQIRI FOR SWITZERLAND! THEY LEAD 2-1! Gavranovic plays a long through ball to the Stoke man, and with the Serbian defence bar Tosic all deep in the opposition half looking for their own late goal, he goes unmarked into the opposition box and slots calmly into the bottom-right corner under Stojkovic after coaxing the keeper off his line. Gavranovic spotted the huge gap at the back and played a perfect ball for his teammate who was onside by a good five yards too. What a disaster for Serbia; after dominating the first half, their dreams of reaching the round of 16 have perhaps been cruelly dashed. However, what a second-half turnaround for Switzerland! They lead with four minutes of injury time to go.

Top 1: Toni Kroos is Our Hero! 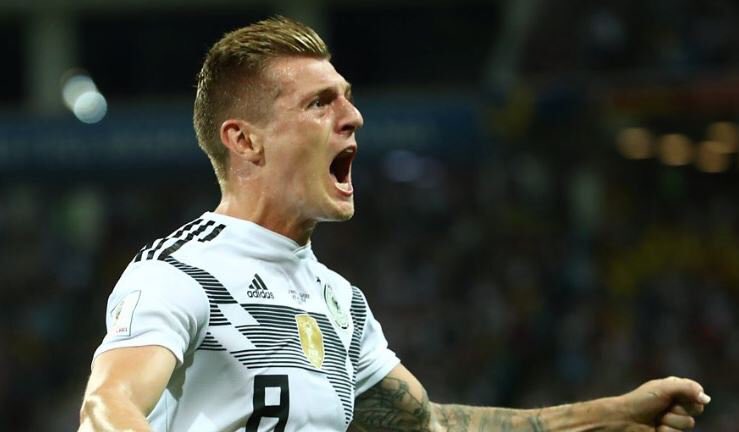 Toni Kroostook it, in emphatic fashion, curling the ball beyond the grasp of Sweden goalkeeper Robin Olsen. The German bench erupted, with substitutes and coaching staff racing to the corner flag in front of the section of Germany supporters before jumping on Kroos in celebration.

It felt like a World Cup-winning moment — Germans know all about those — and this may yet prove to be the turning point that sets Germany on their way to a fifth world title. But it was also one of those moments that remind you why the very best teams are always able to pull something from the fire when most lesser sides have already thrown in the towel.

45+2 mins: SAVE! A superb free-kick from Larsson is met by Berg’s head and Neuer is required to make a crucial stop.

48 mins: GOOOOAL! Germany equalise! Werner, on the left, drives into space and cuts the ball into the middle. Reus gets in front of Augustinsson and diverts home. Gomez appeared to get a slight touch to Werner’s cross as it came into the area, directing it into the path of Reus. Germany have come out of the blocks flying.

82 mins: RED CARD! Germany are down to ten men! Boateng, already on a yellow card, clatters into Berg from behind and is issued his marching orders.

90 mins: Brandt wins a free-kick on the left but Kroos’ delivery is easily dealt with by the Sweden defence. Germany are running out of time. Third and final change for Sweden, as Berg is replaced by Thelin.

90+5 mins: WHAT A GOAL! Germany have saved themselves! Durmaz clumsily concedes a free-kick on the edge of the box on the left. Reus tees it up for Kroos, who curls into the far corner of the net. Sensational! A brilliantly worked set-piece and Germany live to fight another day!