The uniforms of Spain, Brazil, and England for the 2018 FIFA World Cup in Russia, both home and away kits, made it to the top 10, check how they ranked and what other uniforms made it to our list. We will use here the Eisenberg rating, the one we usually reserved for rating places and foodstuff. 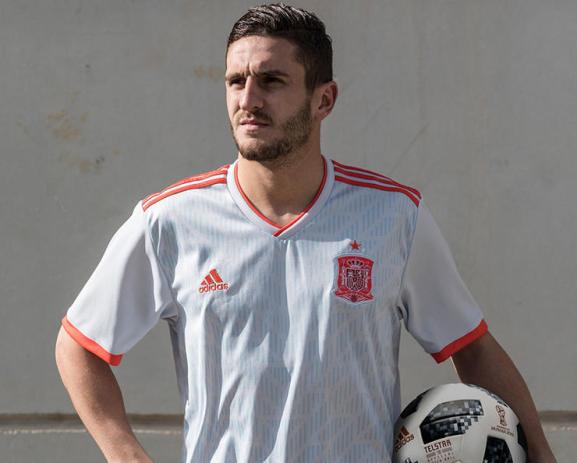 This is a 1980s inspired kit. ‘Halo blue’ with bright orange trim. We’re not sure about the color of those lines, it looked like orange for us we’re color blind, but the Spanish FC logo commands power and is really badass if you wear it, even if it was placed in a not so impressive kit design.

The home shirt has a gold logo to celebrate their Euro 2016 victory but it’s boring and generic. Same with Spain’s Away Kit, Portugal has a boring white change strip with tiny crosses (we thought those were sprinkles of gray or something) supposedly to give it a burst of color and a Nike swoosh we’re not sure again what was that all about. Apparently, it was inspired by their naval history or something. But that familiar logo on the chest part is so cool it deserves a spot on the top 10 no questions asked.

We have white for the home kit of the current titleholders, a new Adidas 1990-themed kit for the World Cup. Adidas’ three stripes adorn the shoulders. The white and black was inspired by the iconic 1990 strip. This is a reimagination of the shirt worn by the 1990 World Cup winning team and features a design across the chest. Their logo, of course, is synonymous with a football powerhouse but their kit was transformed into this boring version of the 2016 Confederations Cup kit, all black lines and what are you playing at? And where’s the color of your flag? But Joshua Kimmich is wearing it so never mind, this kit should be in the top 10. And also, s reigning champions, the FIFA World Cup winners badge is there,  emblazoned on the chest, so this deserved a spot on this list.

James Rodriguez wearing the Colombia kit? End of discussion. Colombia’s kit is based on their 1990 World Cup uniform, what is with the 90’s anyway? This is an Adidas version, a yellow kit with red and blue diagonal lines featuring at the sides, with of course Adidas’ three stripes on the shoulders.

“The shirt’s bespoke look and graphics take inspiration from traditional samurai armor”. That is according to Adidas. This one does not follow the corny trend of copying the 90’s or old uniforms. Based on the traditional look of the samurai, the home kit is dark blue and it features broken vertical lines on the torso that is part of a design that is supposed to recall the look of traditional samurai apparel. That, ladies and gentlemen, is cool.

Of course, Adidas’ famous three stripes are on the shoulders and they are white. They have a flag on their uniform’s chest, bless them which will be redundant seeing that every game has the flags of the opposing teams featured on the uniforms. The logo on the chest is the special version of the country’s crest which commemorates the 20th anniversary of Japan’s first ever World Cup qualification.

It’s blue for the away kit of Brazil and the famous national FC logo is enough to make this kit badass. The uniform features a tesselating star pattern based on the corny nostalgia again, this time the 1958 World Cup, the first Cup they won. I mean seriously stop with this nostalgia trend.

This is not the British agent from Designated Survivor. Another Adidas creation and another kit inspired with the old uniforms, this time from 1994. Red, of course, is the color for Spain, but the trendy yellow, blue and red design that stretches from top to bottom is what made this stand out. And also the famous national FC logo. 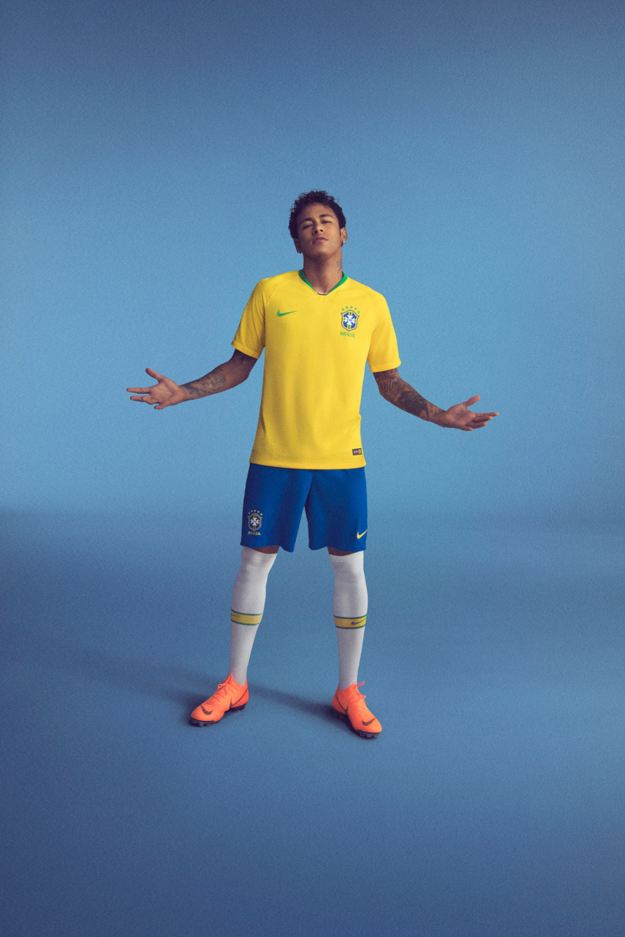 When you wear this yellow kit with the logo of Brazil, you will feel like a champion. And of course, this uniform is the most famous of all football uniforms. Brazil’s kit, courtesy of Nike, is based on the traditional style again but this time with a subtle zigzag pattern. There are notches of green on the collar, with a tiny streak of blue at the back and the Nike swoosh is green. It was launched in March 2018 and the traditional samba yellow is more vivid than the previous edition, a nod to the 1970 World Cup kit.

We initially thought to have this away kit of England to be on the top spot, I mean look at that embossed three lions passant guardant, it’s blue! and the star and shield are gray! This is so cool. With a dark blue color, (like France sadly) this is a badass uniform, courtesy of Nike. England deserves a win in the group stage at the very least. 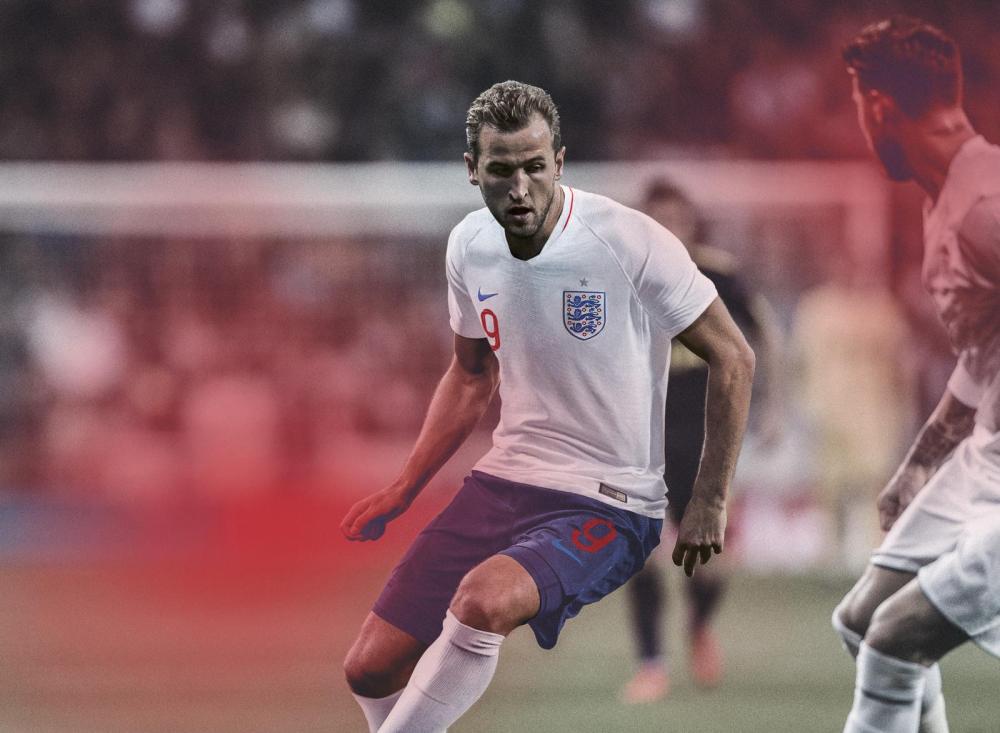 England’s national FC logo is the king of all football logos and deserves the top spot. Always. We don’t care if it is placed on a tattered cloth or a banana leaf, the three lions passant guardant, with the Tudor roses topped with the star symbolizing their 1966 victory, is the face of football, and makes for an awesome kit. This is courtesy of Nike, and if you look closely, each new kit features a subtle St George cross that is incorporated on the chest.