#4 The Good Doctor: The case of the missing toy scalpel

The finale of the show ends up with Dr. Glassman and Dr. Shaun’s jobs on the line as Shaun erred in clamping a patient’s artery during an operation, amid the news that Glassman has an inoperable glioma and have just eighteen months to live.

We see here Shaun’s stubborn reaction to the news, determined to save Glassman even if there is no other solution to be found. You will feel irritated at Shaun in this episode while reminding yourself of it from his perspective coming from the devastating loss of his brother and him having his autism case. Shown here is how Dr. Melendez proves himself as a true leader, supporting his team amid the problem at hand, and Dr. Andrews as the antagonist we are waiting to be fully unfurled. Glassman story was presented here as well, though it failed to have that deep emotional impact.

In the middle of it all was the case of the missing toy scalpel of Shaun, the gift from his late brother. The symbolism was not lost on us, on how it was related to the news of Glassman dying and on how Shaun will accept such devastating development.

With Glassman out of the picture, Melendez being presented as a true leader, and Andrews as the antagonist, this episode paved the way to what we could expect on the second season. The finale, of course, ended on a cliffhanger, but we can except a new hierarchy on the second season with Shaun finding himself having one less ally inside St. Bonaventure.

#3 Scandal: The Impeachment of President Grant 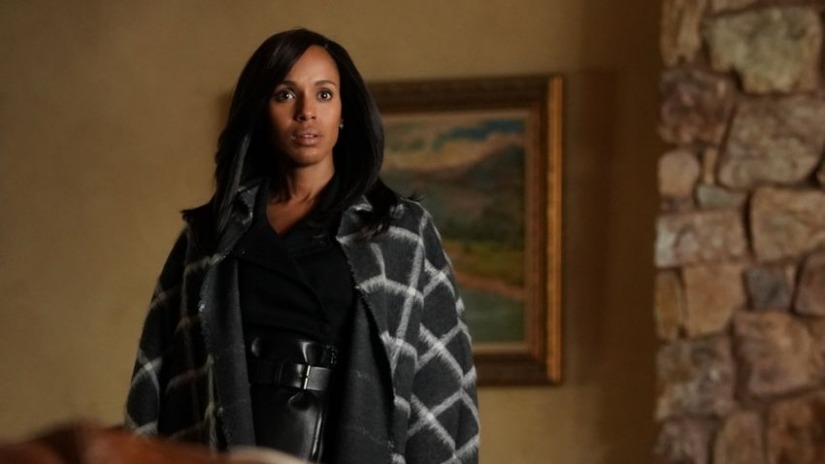 And so now it begins. Olivia Pope, the QPA, The Fitzgerlad Institute, and the White House team up against Vice President Beene and the B613. What’s missing were Olivia’s father and mother and we’re good to go. There are only 3 episodes remaining for this show and they’re promising bigger things for their finale.

The fourth to the last episode was directed by Darby Stanchfield who plays Abby Whelan. Her style fits perfectly with the show we sometimes forget that she directed it. This was good because she helped bring out the moment between Olivia and Queen with so much emotion being a gladiator herself.

That being said, we’re excited to see the real ball game as this episode placed the characters into places. Now the battle begins, let the impeachment commence.

#2 Designated Survivor: The looming battle between the two presidents

We head on to Camp David in this episode of Designated Survivor with countries East and West Hanchu, which of course so resembles North and South Korea, are on a brink of war amid the ongoing peace talks.

For some reason, this is not as exciting of a plot as the other previous episodes despite the fact that it is big. What makes this episode relevant and important is on how it laid the groundwork for the impending clash between President Kirkman and the former president, with the elections looming. The excellence of Kirkman and the team on handling the case was again shown in this episode, as well as, Wells working in the background. How soon will we tire on this setup is for us to find out.

The characters’ saint level is a bit worrisome but we finally found characters that are as close to reality, when talking about their attitudes. Nonetheless, we still enjoy watching the main characters, as Aaron shows the difference between him being a national security adviser compared to the rest of the team and the problematic relationship of Seth and Emily. Also, shout out to Lyor who was presented here as a loyal person, could you believe that? Yes, of course.

There is intricacy on how the White House team solved the problem at hand, with the rescue of the son of the East Hanchu’s dictator, and the investigation of the mole inside the team. Sadly, the environment presented in here was not as real as in the true world politics, with the leaders of both countries portrayed here as too weak, too reliant to another country to be called as leaders. And the time has passed for the United States in playing the broker role, threatening war to a president just to sign a peace treaty.

But amid all the unrealness of it all, the latest episode holds in the end, fitting perfectly to the general theme and style of the show.

#1 Timeless: All hail Hedy Lamarr! The inventor of WiFi!

Dubbed as the “the best Timeless episode,” Season 2 Episode 3 of the show brings us back to Hollywoodland in 1941 to stall the plan of Rittenhouse to control the newspaper mogul William Randolph Hearst thereby manipulating history with their propaganda. In here, we were introduced with actress and scientist Hedy Lamarr who developed a radio guidance system for Allied torpedoes, which used spread spectrum and frequency hopping technology to defeat the threat of jamming by the Axis powers and essentially inventing Bluetooth and CDMA and WiFi. How cool was that?

Putting Lamarr in the spotlight was a nice touch, highlighting the on-going war in Europe as a background to the booming movie business in Hollywood and the power structure that gripped the United States via Hearst and other influential people of that time. Hearst was one of the most powerful individuals from the late 19th century to the good half of the 20th century, he was credited with instigating the Spanish-American War through yellow journalism, thus being named as the father of fake news. The show did not put much effort on highlighting the importance of these people which must be remedied on the succeeding episodes because unfamiliar with them will be left wondering what was all the fuss. The importance of newspapers and of Hollywood in the American society at that time should have had more focus.

But back to Lamarr, her scene with Rufus was very geeky, the way they spied on Hearst. Including her in the story was a stroke of genius, but again the conflict of finding the stolen workprint of Citizen Kane, its importance, and significance to Hearst, was not delved into that much, living a shallow story of what could have been a very good episode. That or we just don’t like Hollywood era. Anyway, it was a cool episode and the promise of this show gets brighter every episode.