Our first volume contains reviews about an ostracized teenager at a rugby-obsessed all boys boarding school in Ireland and his new rugby star-player roommate in “Handsome Devil”; to Freddie Highmore as a young would-be chef who has put his dreams on hold in Jake Goldberger’s romantic drama “Almost Friends”; to a creative and driven teenager who is desperate to escape his hometown and the haunting memories of his turbulent childhood in “Closet Monster.”

As always, we’re rating them based on our system from Aelous worthy (1 star) to Sky god worthy (5 stars). 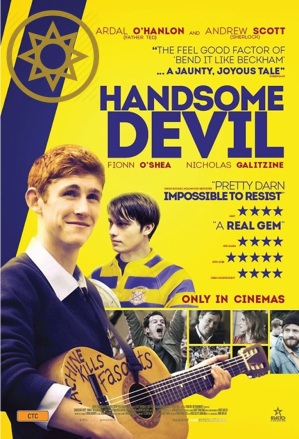 Handsome Devil: There will come a point in the future when you won’t have to lie anymore

Centering on an ostracized teenager at a rugby-obsessed all boys boarding school in Ireland whose new roommate is the school’s new rugby star-player. The two form an unlikely friendship until it’s tested by those around them.

This is another story of a geek pariah and a secret gay jock, but this is not your typical story. The humor, the poignancy and the sweet take of this film were the reasons why audience couldn’t miss it. “Handsome Devil” is like a story straight from a YA book, with good reason as its director, John Butler, is a writer as well. The protagonist, Ned, is the character directing the story, narrating it like what you do in essays.

The theme of the film, which is finding oneself and coming out from hiding, was clear in its narration. The actors were superb in playing their respective roles, so that even with a predictable ending, audience will still be glued to its story. Though like other films of this type, its failure to courageously bring the emotions from the characters all out is a bummer, although expected.

“Handsome Devil” is a bit more of a “Dead Poets Society” type of story, with its own o’ captain my captain teacher, but the characters’ sexual identities is the main focus of the film, thereby blurring the background story of an old boys school. Butler’s artistic style is impressive as well as its depth, comparing the contrast with its two protagonists.

All in all, this is a unique film compared to its other contemporaries, for one, the conscious decision of Butler to maintain the protagonist as friends, is refreshing albeit not unheard of. “Handsome Devil” is as irresistible as it is impressive with an ending that will put a smile on your face. 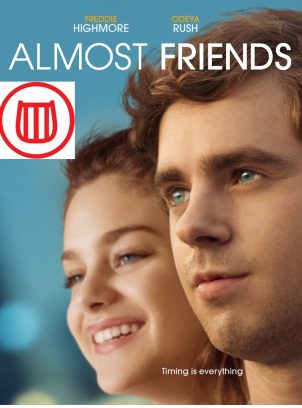 Freddie Highmore plays a young would-be chef who has put his dreams on hold in Jake Goldberger’s romantic drama.

This coming-of-age movie touches themes on teenagers’ family relationship, falling in love and the emotional ride of growing up. Unfortunately both the script and the actors did not live to expectations which was really frustrating as you watch the plot unfold. There were heart-warming moments, scenes with a little bit of depth in it, but over all this film failed to impress, or at the very least made us believe in its story, especially the protagonist Charlie’s (played by Freddie Highmore) failed dream of becoming a chef.

Highmore, it seemed, could not let go of his role in “The Good Doctor”, with the effect that instead being charming, he ended up as almost autistic. However, the film brings the familiar homey scenes in, something that would help the audience stay with its story, with secrets being revealed every now and then to keep you interested. Charlie’s friendship with Jack was a fun to watch, more interesting even, than Charlie’s obsession with Amber, a girl who works at a coffee shop and already has a nice boyfriend, emphasis on nice, meaning he’s not a jerk or something. Why Charlie insists on hitting with her still? Go figure. And it is creepy.

In the end, the plot unraveled and we couldn’t understand what was that all about. It has enjoyable moments but as the end credits rolled out, it left as at a lost. No fireworks or anything. Maybe you should skip this film. 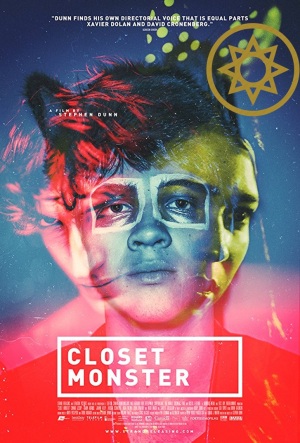 Closet Monster: You should come. To Berlin? No, to the party.

A creative and driven teenager is desperate to escape his hometown and the haunting memories of his turbulent childhood.

This is not a love story. This is a story about Oscar Madly, the aptly named protagonist who after his parents’ divorce, retreats into a fantasy world filled with happy memories of times with his father and tries to cope with his loneliness through conversations with his talking pet hamster. Yeah talk about crazy. But he’s not, and in this film, we will delve into his story, into his mind, into his dreams, eventually meeting the monster that was hiding in his closet.

The artistic shots of the film were impressive, as Oscar is an artist himself, a special effects make-up artist who dreams of going to New York. Though the talking hamster is way too disgusting to be honest, especially when you’re eating while you’re watching it. Our Oscar here is damaged, that is much clear, because of his mother leaving him, and of the event he witnessed about a  group of teenage boys attacking someone for being gay. And yes, he’s gay, which is kind of hard especially when you have a casually homophobic dad.

The whole point of showing the audience that his dad is a good person but turns out that he’s not, while doing the same thing with his mother, in reverse, was cool, revealing why Oscar remained damaged for too long.

There is some heartwarming friendship story here, a friend who, unlike others, accepted who he is, rather than mock him (even right after being rejected by him, romantically).

As we said, there is no love story here, only something that mirrors reality: a boy who wishes that the one he is in love with turns out to be interested with him too, but he’s not, of course. How he was liberated from all of this, from accepting his sexuality, to owning his flaws, to making amends with his mom (while literally locking his dad), was slowly revealed in a great fashion, as was the pulling of the metal pole from his stomach, which symbolizes everything that’s been ailing him all this time.

The film deserves an applause, for it’s artistry and use of metaphors, but most of all for it raw narration, reminding us that’s it’s just a simple story, a story like yours, a normal story, a story of a gay kid named Oscar.