Here is the last batch of the national football teams who won their respective confederation qualifying matches (or who became runner ups, or in the case of Peru and Australia, won the inter confed match) from November 10 to November 15, 2017 and grabbed a spot to the 2018 FIFA World Cup.

Senegal eventually reached the quarter-finals of the 2002 World Cup, one of only three African teams to do so (the first being Cameroon in 1990; the other being Ghana in 2010). In the group, after defeating France, they drew with Denmark and Uruguay, and beat Sweden in extra time in the round of 16, before losing to Turkey in the quarter-finals.Senegal qualified for the 2018 World Cup after defeating South Africa 0-2 on 10 November 2017. This marks Senegal’s second qualification to the World Cup in their history.

This is the first time Senegal have qualified for the World Cup since 2002 – and only the second time in history. In 2002, they reached the quarter finals where they were beaten 1-0 by Turkey.

Nicknamed the Lions of the Atlas, it is currently managed by Hervé Renard.

Winners of the African Nations Cup in 1976, they were the first African team to win a group at the World Cup, which they did in 1986, finishing ahead of Portugal, Poland, and England. They were also the first African team to make it to the second round, barely losing to eventual runners-up West Germany 1–0 in 1986. They also came within two minutes of moving out of the group stage of the 1998 World Cup, Kjetil Rekdal’s late winning goal for Norway against Brazil eliminating them.

Morocco will be making their first appearance at a World Cup finals in 20 years next summer. In 1998 in France, a win, a draw and a defeat was not enough for them to qualify from the group stage. They have managed this feat just once in four attempts at finals, in Mexico in 1986 when they reached the last 16, where they were beaten 1-0 by eventual runners-up West Germany.

Nicknamed Les Aigles de Carthage (The Eagles of Carthage or The Carthage Eagles), they have qualified for four FIFA World Cups, the first one in 1978, but have yet to make it out of the first round. Nevertheless, they created history in that 1978 tournament in Argentina by becoming the first African side to win a World Cup match, beating Mexico 3–1. They also held defending champions West Germany to a goalless draw before bowing out. They have since qualified for three tournaments in succession, in 1998, 2002, 2006, and have qualified for the 2018 finals.

Next summer will represent the first time Tunisia have appeared at a World Cup finals since the tournament in Germany in 2006, at which they failed to make it beyond the group stage. In three finals appearances prior to that – 1978, 1998 and 2002 – they failed to make the knockout rounds.

This is Switzerland’s 11th World Cup, having reached the quarter-finals three times – including when they hosted the tournament in 1954. They lost to eventual finalists Argentina in extra time in the last 16 in 2014.

In Croatia’s FIFA World Cup debut in 1998 the team finished third and provided the tournament’s top scorer, Davor Šuker. Since becoming eligible to compete in international tournaments, Croatia have failed to qualify for only one World Cup (in 2010) and one European Championship (in 2000).

Croatia gained admission to Fifa in June 1993, meaning they were too late to compete for a place at the finals in the United States in 1994. However, they qualified for a finals at the first time of asking at France 98 and have reached all but one of the five summer tournaments since. Their best performance to date remains their first, when Davor Suker, Zvonimir Boban et al helped them to a third place finish after losing to hosts and eventual winners France in the semis. 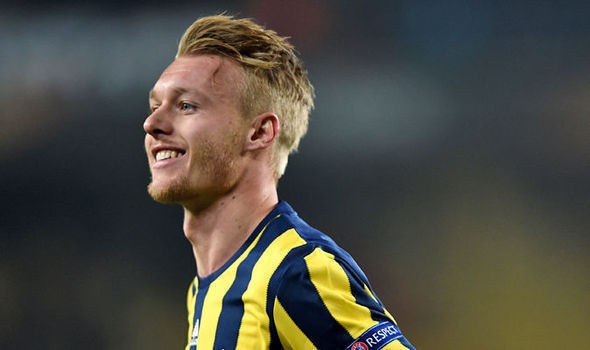 This is the fifth time Denmark have qualified for the tournament and the first since 2010, when they went out in the group stages. Their best performance was in 1998, when they reached the quarter-finals before being knocked out by Brazil.

Australia is the only national team to have been a champion of two confederations, having won the OFC Nations Cup four times between 1980 and 2004, as well as the AFC Asian Cup at the 2015 event on home soil.

This will be the fourth consecutive World Cup appearance and a fifth overall for Australia. Their best performance came in 2006 when they went out in the last 16, losing 1-0 to eventual champions Italy through a 95th-minute Francesco Totti penalty.

The Peruvian national team took part in the inaugural FIFA World Cup in 1930 and enjoyed victories in the 1938 Bolivarian Games and the 1939 Copa América, with goalkeeper Juan Valdivieso and forwards Teodoro Fernández and Alejandro Villanueva playing important roles. Peruvian football’s successful period in the 1970s brought it worldwide recognition; the team then included the forward partnership of Hugo Sotil and Teófilo Cubillas, often regarded as Peru’s greatest player, and defender Héctor Chumpitaz. This team qualified for three World Cups and won the Copa América in 1975. Peru last reached the World Cup finals in 1982.

The 32nd and last team to qualify, Peru are heading to their fifth World Cup after goals from Jefferson Farfan and Christian Ramos gave them a 2-0 win over New Zealand in the play-offs. Their best result came in 1970, when they finished seventh, and the last World Cup they qualified for was in 1982. They’re 10th in the Fifa rankings.