From the mystery Jack Pearson’s death in This is Us to the contentious Confederate statue in Designated Survivor, here is the ranking of last week’s TV shows:

#7 This is Us: Unveiling the Mystery of Jack Pearson’s Death. Or Not.

For a moment there the glow and magic that is This is Us has gone and I watched it like it was just an ordinary show. Why is it that the mystery of Jack Pearson’s death was not as intriguing as it used to be? And Randolf’s family story is starting to tire us. As with the siblings story. Or the older version. We are still enthralled with the story of the kids and well Mandy Moore’s acting is still as amazing as ever. So I think the magic of This is Us is still there. (Rate: 2 out of 5)

Have you seen the pilot episode? Please tell me that it’s not the real episode. Or maybe I clicked a porn site entitled “Archie and Veronica Shares a Bath.” By the love of Jughead’s knit cap, WHAT-IS-HAPPENING? Or okay we still watched the show because let’s face it, seeing the characters in the TV screen, moving and talking, unlike that in the comics, was kind of awesome, but we deserve better than a CSI style story, of a killer at large and what else. Throw in a decent Sherlock Holmes-style story and we’re good. And also does anyone apart from me is bothered by the Serpent’s logo which is annoyingly like that of Slytherin’s? (Rate: 2 out of 5)

#5 You’re the Worst: We Are All Jimmy

I don’t get why everyone is angry at Jimmy. I mean the guy deserves a break. Many episodes on and we still don’t know the name of his immigrant best friend (build a wall!). But the actor who is playing Gretchen? She’s amazing! Like she deserves an Emmy or whatever, please. And her best friend is also fun, in a crazy way. The shows episodes have depth in it if you care enough to dig deep. (Rate: 3 out of 5)

We know almost nothing about the Medici family of Florence so if you watch the episodes there will be no annoying voices in your head that will say “that’s not what happened!” Unlike other medieval shows, like Game of Thrones, this is not gross, their hygiene is almost acceptable (it is important) and the production is quite impressive. The architecture of the Florence Cathedral, we don’t like much but the dome is beautiful, just saying. (Rate: 4 out of 5) 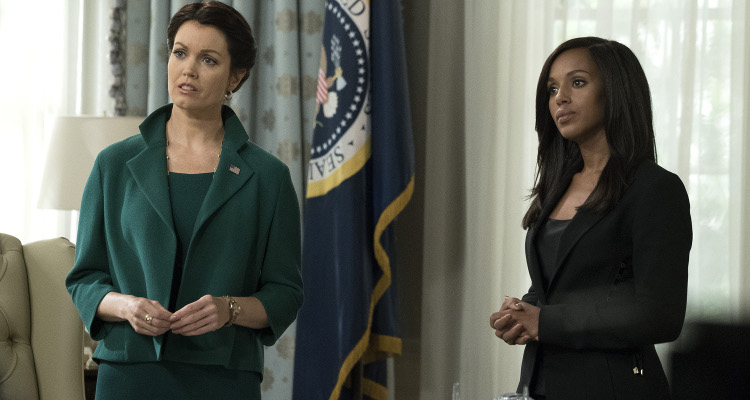 Seeing Mellie Grant as the president of the US is refreshing and the show’s portrayal of how a woman president would handle a situation like the Bashran Nuclear deal was somewhat new to us. The newly renamed QP firm and its gladiators were fun to watch, as for the moment all seriousness from the last seasons were gone, or at least the murders. We are hook to the screen because of Cyrus as VP and we want him to be the president next if it’s possible. The B6-13 is kind of tiring, as with Olivia Pope’s power play. But that scene in the end where she was seen by Fitz? Awkward. (Rate: 4 out of 5)

The Flash is back! You know how tiring it is to watch the Flash save the day like a never ending episode of Power Rangers where you get to defeat the villain in the end, but we really cannot give up on this show. They dropped all those speedster villains thankfully and opted for a more credible one who is the Thinker. I know this season would be better than the past 3. The house is bitchin! (Rate: 4 out of 5)

Equality has always been a contentious issue and this week’s episode of Designated Survivor shows us how we could achieve it and how very far there is still to go. There are three sub stories in this episode plus the on going terrorist hunt but these sub stories have been made to co exist with each other and be not like a chaotic disaster as is with most cases in a TV series episode. How the writers co relate the viral outbreak to the on-going issue of history and equality via a Confederate statue was impressive, that while throwing a frog in the middle of the story. If only we could have Tom Kirkman as president. (Rate: 4 out of 5)