Despite Aleksandr Samedov goal, host Russia out of Confederations Cup after losing to Mexico 2-1 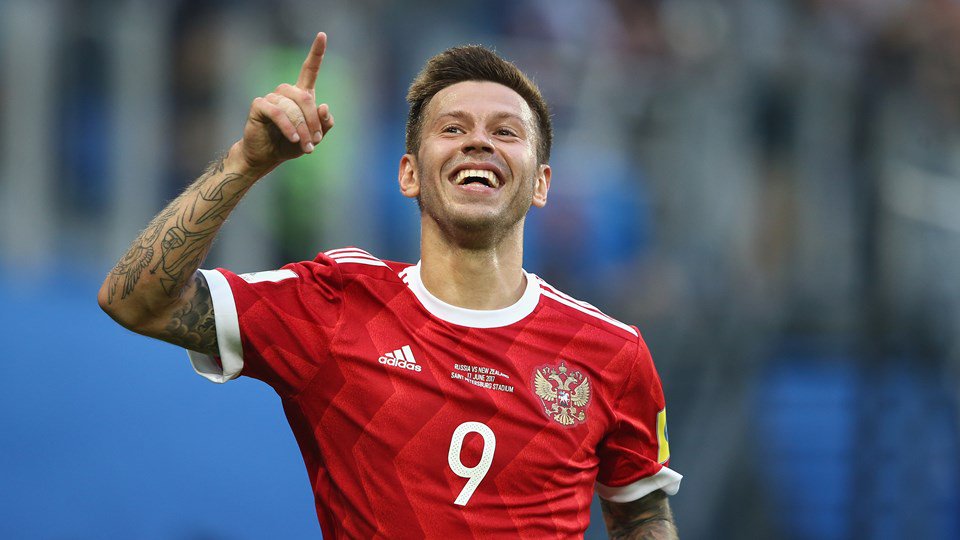 The home side deservedly went ahead when Aleksandr Samedov stroked in after 25 minutes and the crowd sensed an unlikely victory for a Russia team that was struggling to get the public excited ahead of the tournament.

A shambles in the Mexican box is punished by Samedov, who shoots low past the keeper from 10 yards. As things stand, Russia are top of the group and Mexico are on their bike!

Nice finish. Quaresma won the ball in midfield and fed Silva, who scurried 20 yards forward and into the box before spanking a shot past Marinovic.

Sharp and deadly! Quaresma does well down the left before releasing Eliseu, who dashes to the byline and cuts the ball back for Bernardo, who clattered by Doyle as he finishes from seven yards.

DEMIRBAY NOTCHES HIS FIRST STRIKE! On his first international start the Hoffenheim midfielder breaks the deadlock, opening his account for Germany with a fine strike into the top corner. His previous effort lacked the accuracy to beat Ondoa, but this one struck with venom from 25 yards, sailing into the top corner after being picked out by a sublime backheel from Draxler.

And deserved! They’ve flooded the Chilean half. Luongo almost gets his shot away before it falls to Kruse. His blocked shot fall fortuitously to Troisi who is in acres, and he deftly chips it over the onrushing Claudio Bravo to make it 1-0. Game. On.