Top 1: Donald Trump- Travel ban takes US to brink of crisis and an epic confrontation

As the Trump administration prepared to challenge a ruling against its executive order on refugees and travel from seven Muslim-majority countries, experts said the US had been brought to the brink of a full-blown constitutional crisis.

“This is an epic confrontation between the presidency and the constitution,” says Marci Hamilton, a constitutional lawyer and scholar of religion at the University of Pennsylvania.

“The moment Donald Trump suggests anyone disobey the federal court order then we will be in a constitutional crisis.”

Top 2: Ed Sheeran- Transforming Into a Fighter for “Shape of You” Video 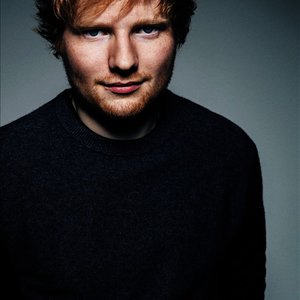 Ed Sheeran provides some serious fitness inspiration in the gritty new music video for his song “Shape of You,” in which the red-haired crooner transforms into a boxer—thanks to the encouragement of an impressively active new love interest.
In the video, Sheeran starts hitting up a boxing gym where he becomes enamored of both the popular workout and a particularly tough (and beautiful) sparring partner. An intense training montage ensues, cutting back and forth between workouts and some low-key hangs, before Sheeran is put to the test: an underground fight. But in a twist, he’s matched up against a sumo wrestler—while he dons a giant inflatable sumo suit. Perhaps not quite the glamorously grungy Rocky-style debut he was gunning for.

“Shape of You” was released ahead of Sheeran’s upcoming album, Divide, due out March 3. 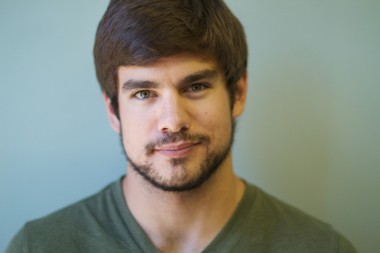 Of course Alex Esola had been familiar with “A View From the Bridge” long before he was cast in the role of Marco, an Italian immigrant who moves in with his cousin’s fracturing Brooklyn family in the 1950s. The Arthur Miller classic is a mainstay of the American stage.

But everything changed for Esola when, thanks to a friend scoring $20 day-of tickets, he caught the Broadway production of director Ivo van Hove’s stripped-down version during its four-month run a year ago.

“It was one of the most unbelievable and incredible things I’ve ever seen put on a stage in front of my eyes,” Esola says. “At the end I just kind of sat there in my seat for a little while and was just immobile, I was so amazed at what I had seen.” 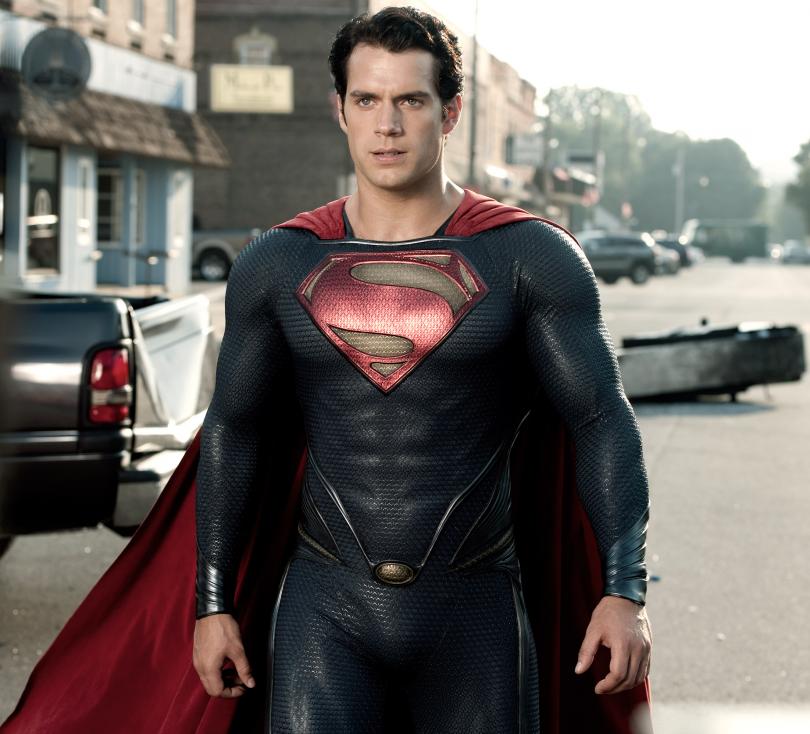 Henry Cavill is on the mend — and looking good while doing it!

The actor, 33, is currently rehabbing a knee injury while training for The Durell Challenge, a 13k road race held in the Channel Islands in May.

Cavill has been sharing a series of selfie videos from his workouts to document his recovery and training. On Saturday, Cavill did a swimming workout in his “lucky hat” while jamming out to Toby Keith’s “Big Ol’ Truck.”

“Rehabbing my knee and training for The Durrell Challenge at the same time,” he captioned the video. “By the end of this I think I might be ready for the first ever deep-sea marathon.  #LuckyHat  #DurrellChallenge  #GetSerious”

Miss France was crowned Miss Universe on Monday in a made-for-television spectacle free of last year’s dramatic mix-up but with a dash of political controversy as the finalists spoke out on the refugee crisis and other hot-button global issues.

Iris Mittenaere, a dental surgery student from Lille in the north of France, beat 85 of the world’s most beautiful women at the event in the Philippines scheduled for primetime viewing in the United States.

Ben Affleck has decided that he will not direct the upcoming Warner Bros. standalone Batman film. He will still star and produce, but that’s it.

Variety reports the decision was mutually agreed upon with the studio and that Affleck will help choose the new director. In fact, there’s already a short list. Here’s the statement Affleck released.

“There are certain characters who hold a special place in the hearts of millions. Performing this role demands focus, passion and the very best performance I can give. It has become clear that I cannot do both jobs to the level they require. Together with the studio, I have decided to find a partner in a director who will collaborate with me on this massive film. I am still in this, and we are making it, but we are currently looking for a director. I remain extremely committed to this project, and look forward to bringing this to life for fans around the world.” 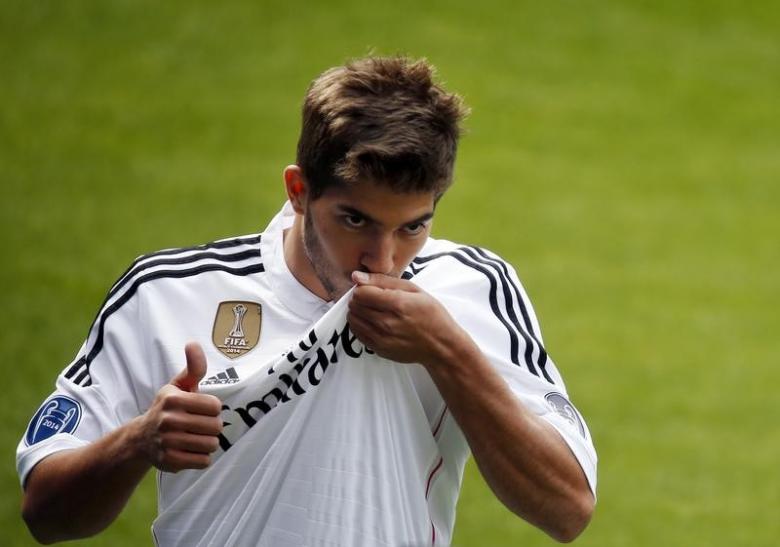 The Brazilian has made just nine appearances for Real since moving to the club three years ago and has not featured for Zinedine Zidane’s side this season.

Silva was set to join Portuguese side Sporting Lisbon last year on a season-long loan but the move fell through when an irregular heartbeat was detected in his medical.

The 23-year-old defensive midfielder, who began his career at Cruzeiro, is under contract with Real until June 2020. 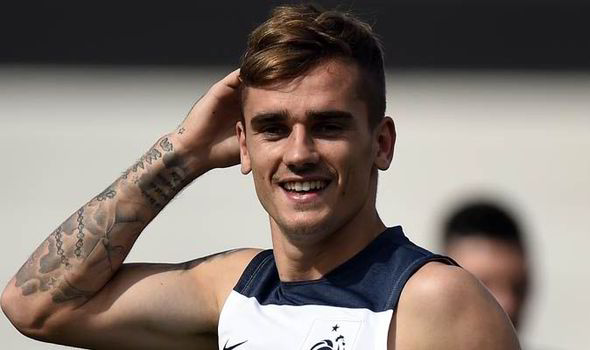 Antoine Griezmann is ready to lead the Atletico Madrid attack when Los Colochoneros host Barcelona on Wednesday night (1 February) for the first leg of their Copa del Rey semi-final. However, Diego Simeone faces some selection headaches elsewhere with Jan Oblak, Tiago, Augusto Fernandez, Jose María Gimenez, Thomas and Alessio Cerci all left out of his 18-man squad due to various issues.

Atletico Madrid and Barcelona have faced off numerous times across all competitions in recent seasons, with Los Colchoneros beating the Catalans to clinch the La Liga title in the 2013-14 season while also knocking them out of the Champions League quarter-finals last term.

The 25-year-old Serb has joined Palace from Olympiakos for a fee in the region of £12m and has been signed primarily to add extra steel and security in front of Sam Allardyce’s back four, although six goals in 17 appearances for the Greek champions this season is a more than decent return for a defensive midfielder. Milivojevic was highly regarded as a youngster in his own country, where Robert Prosinecki was an early admirer and instrumental in securing his services for Red Star Belgrade. From there the player went to Greece via a season in Belgium with Anderlecht and when Vítor Pereira moved from Olympiakos to manage Fenerbahce in 2015 he tried to take Milivojevic with him. Olympiakos decided their captain was too valuable a part of their title-winning side to allow to leave cheaply and Palace appear to have met an asking price that deterred a few others.

West Brom and Stoke have had, since both teams were in the Championship, a spicier rivalry than they are given credit for. Throw in Saido Berahino’s return to the Hawthorns a few weeks after signing for Stoke, and a bubbling enmity between the two benches, and this was a spicier game than the 1-0 scoreline suggested.

It was revealed during the week that Berahino, greeted with boos before the game and even during his half-time warm-up, had served an eight-week ban for recreational drug use while he was with West Brom. His half-hour on the pitch was ultimately a non‑event – it was 20 minutes before he even touched the ball – but after the game the Stoke manager, Mark Hughes, hinted the ban becoming public knowledge might not have been an accident.