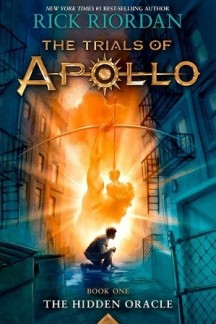 “The downside of this novel is that we already know what will happen in the end of the book (in the end of the series for that matter) because we are all familiar with Riordan’s style by now (as I mentioned in the Magnus Chase review). This might be the reason why I found the adventures in this first book lacking of the grandeur and excitement that we come to expect. But Riordan certainly did not disappoint in revealing details that are new to us, and turning those details into a remarkable story, a story that we sure will follow until the end.” (May 2016 review) 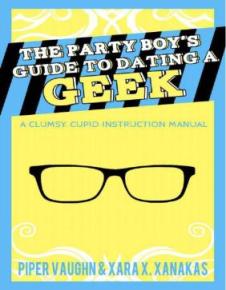 “…the story is reeking with clichés: super friendly friends, cool family, too perfect love story. But despite it all, this novel will stand out not just because it differentiated itself from other love stories by tackling a geek and partnering him with a party boy, but also because the story is real, the feelings, the thoughts the struggles of each geek in socializing, in forming a relationship, all discussed in the pages of the story. Here’s to hoping that all geeks will have a happy story just like Fee’s.” (June 2016 review)

Top 8: You Know Me Well (David Levithan and Nina LaCour

“Levithan and LaCour conjure up two real characters and weave a very personal story of what it means to fall in love, be loved in return and feel the heartache of unrequited love. The story unravels piece by piece slowly, with alternating chapters from Mark and Kate’s viewpoints. It’s intimate, honest and you can’t help but wonder just how personal these authors are getting with these characters and their truths. Mark’s pain from the fact that Ryan doesn’t love him in the way he wants him to is heartbreaking, as is Kate’s fear of not being good enough for her very real dream girl.” (The Young Folks review)

“Andrea Portes’ The Anatomy of a Misfit chronicles the story of a popular girl, a complete departure to our protagonists which are weird, geeks and what else. But do not worry, this is still your typical YA novel, with your bitch girls and a central character who has two gorgeous boys fall in love with her, both, of course, have different personalities that will tear you apart, because you can’t decide who will you choose. I mean they’re both perfect! Insert smirk here. After reading Anika’s story, readers will realize that this is not your ordinary school girl story, but somehow it is. By being true to reality, The Anatomy of a Misfit proved that stories and lessons can be learned even for a misfit.” (June 2016 review)

“And so now the time travel ends and with it the adventure of Harry and Hermione and Ron, who we are really glad to see again after we parted with them in King’s Cross many years ago. Harry Potter and the Cursed Child is as magical as Hogwarts could be, and the fact that we continue to bring about its flaws while celebrating its world (even the alternate world), is proof that the Potter spell is going stronger. And will be so for years to come as we give way to a new generation of wizards and witches. In behalf of those of us born in the generation of magic, thank you J.K. Rowling. For us, it is truly, Mischief Managed.” (August 2016 review)

Top 5: Hello, Goodbye and Everything in Between (Jennifer E. Smith)

“I thought the writing itself was pretty good, and I appreciated the fact that there were only a few swear words used and that sex was only a small part of the story. On the other hand, I felt like it could have been shorter — there was a lot of repetition.  I also felt like the characters rolled their eyes an excessive amount, and I didn’t think either protagonist was particularly well-drawn…it’s a good story for someone facing a tough decision where it feels like there are only two options and neither one is good.” (Teenreads review)

“…here’s the scene I will never forget: “I left the house into a perfect May evening and walked to the train, cursing myself. I’m sorry I can’t, I said to no one.” This happens to me all the time and it gave me goose bumps after reading it. He voiced out his regrets very clearly in the story, his remorse that he did not prepared better. That what has made this story stand up from the rest of the prom stories in the book: it made the flow clear cut from the characters contentment to his apology, the sorrow in it, the regrets very clearly told. He said “…and I had chosen not to do the work. Now the only thing I could do was be the nutty outsider, and I was sick of being the nutty outsider; I had a suspicion, later confirmed, that they get lonely and tend toward the deranged.” While the cycle repeats itself, I could only hope that I could too, write an apology and live well. ” (Apology #1 by Ned Vizzini, May 2016 review) 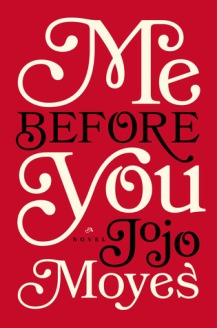 Top 3 (Bronze Award): Me Before You (Jojo Moyes)

“Have you ever encountered a story which is so different from your life but still you can entirely relate to? That’s what I feel about this story of Will and Louisa. In some ways I am both of them, adventurous and at the same time living in a small world, lost on my way to I don’t know what, but somehow this book reminds me that I should not be lost, I could never be lost. I am on my way; I’m just trying to figure out how to live, and live well.” (March 2016 review)

“Moritz’s admission that the world is frightening (though he knows it but it’s the first time he said it aloud, or rather wrote it with conviction and understanding rather than with disdain) is the first step into accepting the world as it is and being happy despite of it. Ollie, on the other hand, knows that he is different from the other kids but seeing in the world while wearing his womble made him realize that more, and he might not know that time, but he finally accepted the fact that he is special during that time he wore the womble.” (November 2016 review)

“I was just so lost because I thought that this was an ordinary story with ordinary characters like when the crazy stuff started, the blue light, the mountain lions and other crazy sh*t at first I thought that the characters in the book were just plain crazy. It turned out that they are not, if you would like to believe them. It also reminds us that it doesn’t matter what other believe to be true, as long as you believe it to be true, then no one should stop you in seeing the world as you see it with your own eyes. While the ending left some unanswered questions, the book is a nice reminder of what ordinary life is like, leaving some questions without answers, loving people, delving on our problems, and living the best we can, all this while watching heroes battle villains to save the world.” (December 2016 review)