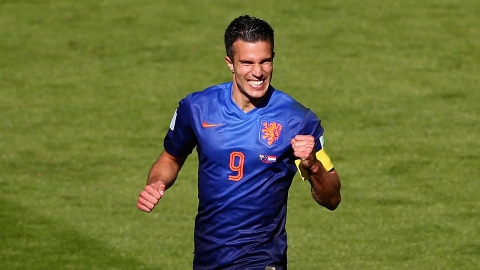 The guy with the awesome hat-trick goals deserves some place in our list with this very simple yet powerful goal celebration of a close fist and a triumphant smile like a silent roar. This one was taken during The Netherlands’s match against Australia in Porto Alegre, Brazil as they qualified for the second round of the 2014 World Cup. 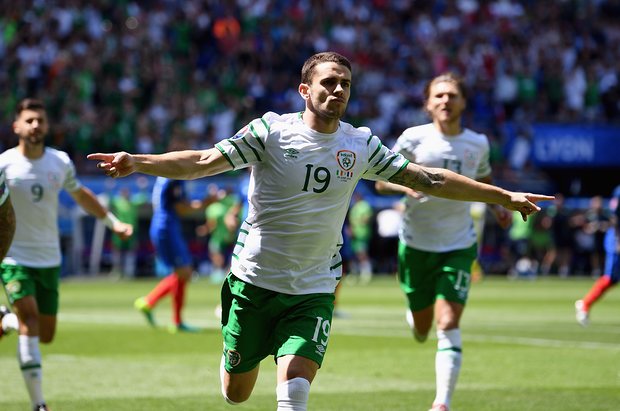 His country’s hero during the Euro 2016 (which was won by Portugal), Robbie Brady  was known for his emotional outbursts after striking goals and for a reason because his country Ireland does not get that much in the international arena. This photo was taken during the Euro 2016 group stage where Brady made an airplane-style celebration.

INFO: Robert “Robbie” Brady (born 14 January 1992) is an Irish professional footballer who plays as a winger and a left-back for English club Norwich City and the Republic of Ireland national team.

Top 8: Vladimír Weiss’ “I am a hero” goal celebration 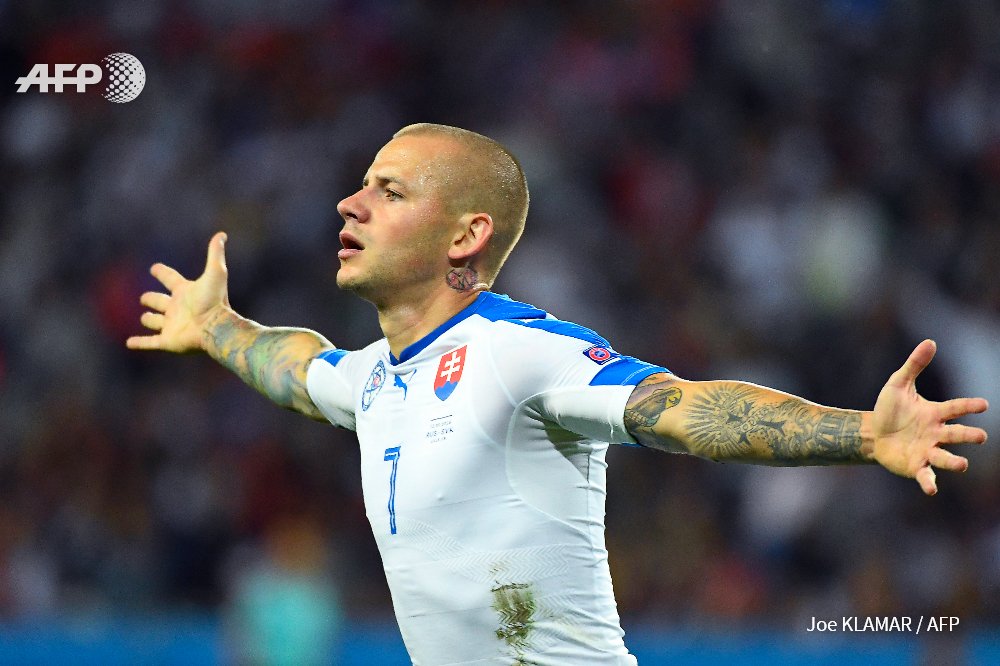 Another hero of the Euro 2016 for his country Slovakia, Vladimír Weiss (a third footballer with that name) also deserves all the attention and a hero cheer especially when he helped a little-known team beat England in a big international competition.

INFO: Vladimír Weiss (born 30 November 1989) is a Slovak footballer who plays as a winger for Al-Gharafa in the Qatar Stars League. 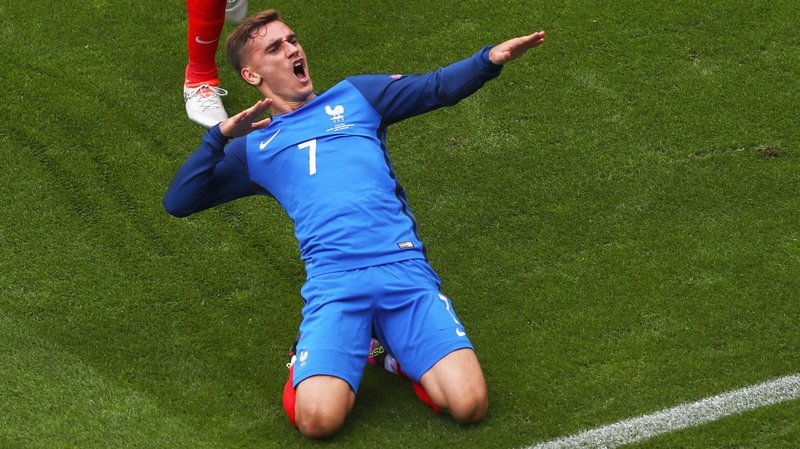 France’s forward Antoine Griezmann celebrates scoring a goal during the Euro 2016 round of 16 football match between France and Republic of Ireland at the Parc Olympique Lyonnais stadium in Décines-Charpieu, near Lyon, on June 26, 2016. Griezman is one of the few players who garnered media attention for peculiar goal celebrations, we have one of his other style of celebrating coming up, but this one is also cool, a rooster-like style while kneeling on the floor. More goals please.

INFO: Antoine Griezmann (born 21 March 1991) is a French professional footballer who plays for Spanish club Atlético Madrid and the France national team as a forward. 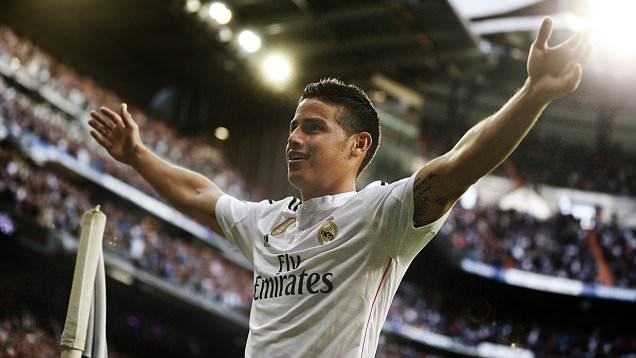 James Rodríguez is a hero of Colombia and is not foreign for him for people to cheer after his countless goals, so if he ever asks the crowd to cheer for him or give him a standing ovation, there’s no problem. In this photo, James scored a stunning goal to lead Real Madrid to a 3-0 win over Almeria on Wednesday that kept his side two points behind leader Barcelona in the final stretch of the Spanish league title race.

INFO: James David Rodríguez Rubio (born 12 July 1991), known as James Rodríguez, is a Colombian professional footballer who plays for Spanish club Real Madrid and captains the Colombia national team as an attacking midfielder or winger. James is commonly ranked as one of the best midfielders in the world. 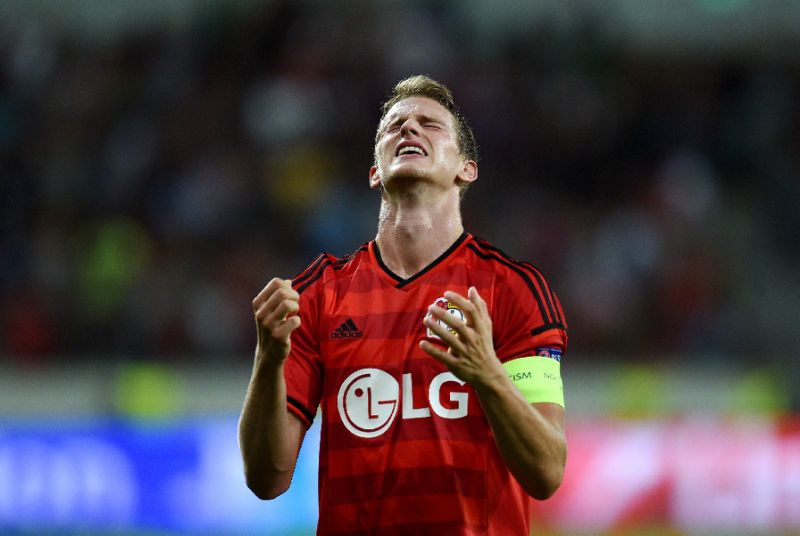 Of course, one of the Bender brothers should be in this list. There was a hype surrounding Lars Bender created primarily by the media so there was a pressure for him to score decent number of goals for Bayer Leverkusen, and when he did, well, a goal finally.

INFO: Lars Bender (born 27 April 1989) is a German footballer who plays as a midfielder for Bayer Leverkusen and the German national team. He was raised in Brannenburg, city in the district of Rosenheim. He is the twin brother of Sven Bender, who currently plays for Borussia Dortmund. 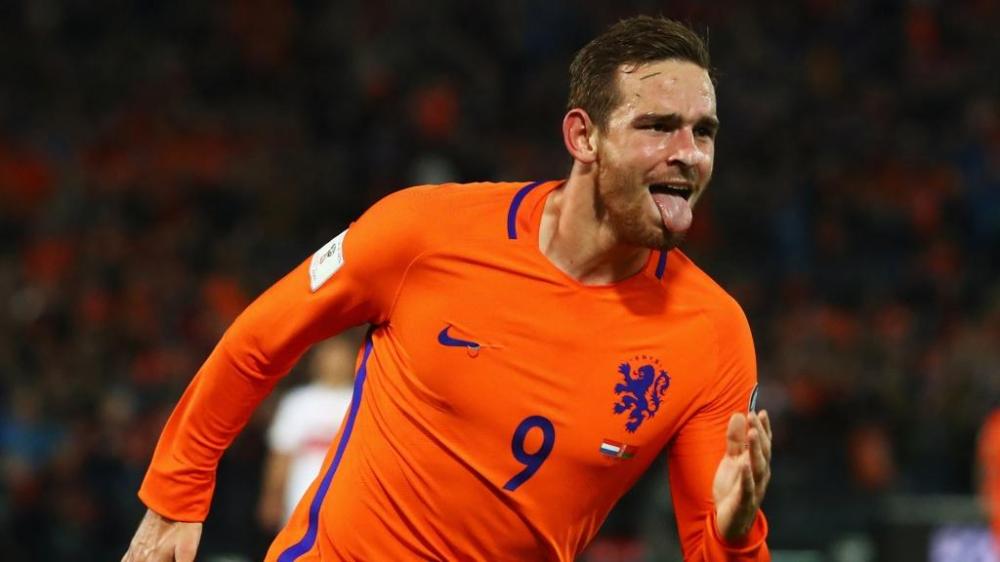 Another of Vincent Janssen’s goal celebration feature something of his tongue sticking out while running which pretty much is the norm for most football players after scoring goals but this one of Janssen was special because he did have many goal attempts but to few goals, and when he did strike one, well there you go.

INFO: Janssen received his first call up to the senior Netherlands team in March 2016 for friendlies against France and England. He played a pivotal role in his first international start, a 1–2 win against England on 29 March 2016, scoring his first senior international goal, and providing an assist. 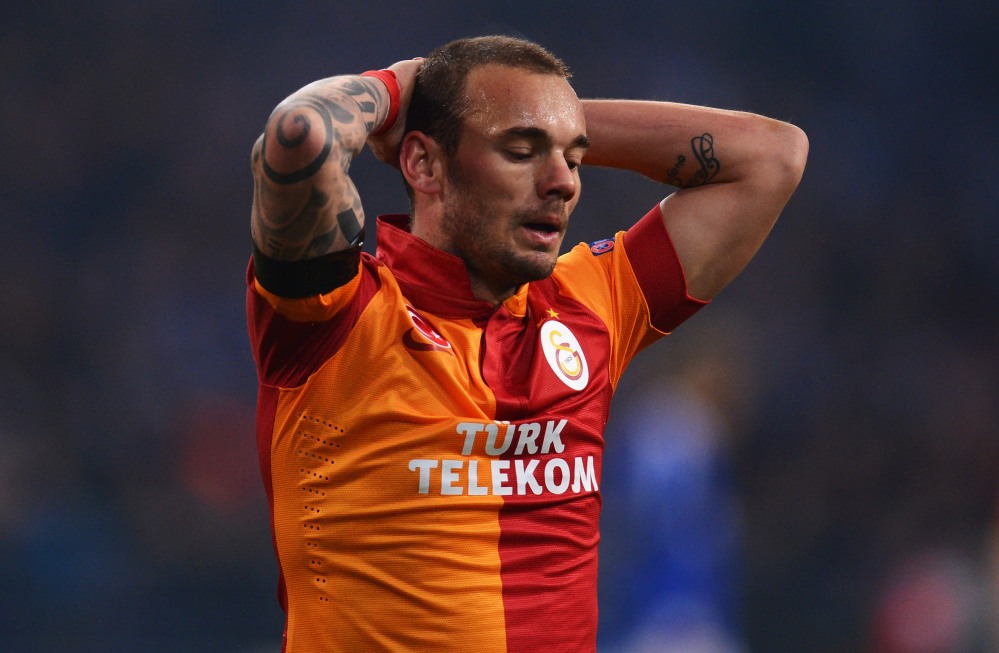 The Turkish club Galatasaray leans heavily on this guy and so the pressure for Wesley Sneijder to score goals and for his team to win is always enormous, every time he strikes a goal, he, and his fans, breath a sigh of relief. 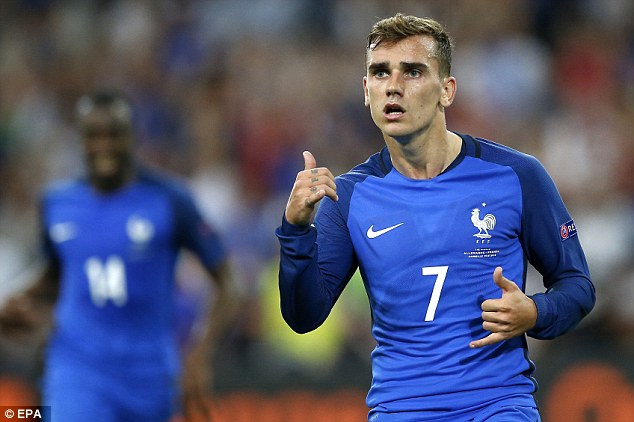 Antoine Griezmann has been France’s best player at Euro 2016, and with 6 goals scored, he’s the tournament top scorer, with only Cristiano Ronaldo capable of thwarting him for the tournament golden boot. That means we’ve seen him imitate a phone call 6 times at this tournament, and plenty of eyebrows have been raised at his curious goal celebration.Griezmann has confirmed the meaning behind the celebration with this funny Tweet to Drake, which has Griezmann’s head photoshopped into Drake’s video for his mega hit, Hotline Bling. That’s right, Griezmann’s celebration is a tribute to that song. (http://www.101greatgoals.com/)

INFO: Antoine Griezmann (born 21 March 1991) is a French professional footballer who plays for Spanish club Atlético Madrid and the France national team as a forward. 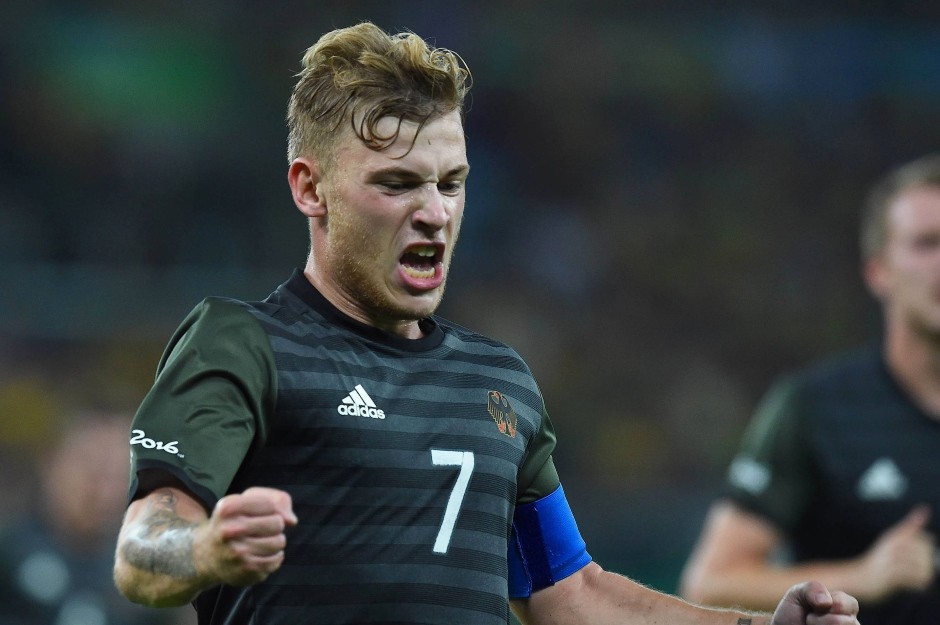 When you scored a goal as answer to a great player like Neymar, and you followed it up with a celebration of a mighty roar just like that of a lion, then it is an epic goal indeed. Max Meyer equalizer during their final match vs Brazil in Rio 2016 was one of the most unforgettable goals, they lost the match sure (via penalties), but this photo definitely will be displayed on football memory walls.

INFO: Maximilian “Max” Meyer (born 18 September 1995) is a German professional footballer who plays as an attacking midfielder or forward for Schalke 04.