Here’s this month’s update on the on-going UEFA qualifying rounds for the 2018 world cup:

This was never going to be one for the purists and there were times, especially in the first half, when the Republic of Ireland seemed incapable of stringing more than two passes together. However, Séamus Coleman’s first international goal, on his 40th appearance, was sufficient to earn Martin O’Neill’s team their opening win of the qualifying campaign against a battling Georgia.

Nonetheless, their celebrations were tempered because of a serious head injury sustained by Robbie Brady 15 minutes from time that left the Norwich City player unconscious. He was carried off in a neck brace and wearing an oxygen mask after rising to head a pass from Shane Long only to collide ferociously with Solomon Kverkvelia, who was left bloodied but continued with significant bandaging. *1

There were eight minutes left when Sergio Ramos put his foot in it. Spain led 1-0, on course to become the first team to win in Italy for 17 years and the only side ever to defeat them there in a World Cup qualifier, when he stepped across Eder. It was late in Turin and so was he. The referee didn’t give the penalty; his assistant did, and rightly so. Some way behind Daniele De Rossi, Alvaro Morata was pointing to which direction the penalty would go, but David De Gea didn’t see him. De Rossi scored.

France produced a scintillating show as they put memories of one of the most painful moments in their history to one side by crushing Bulgaria in a World Cup Group A qualifier on Friday.

Les Bleus had not hosted Bulgaria since an infamous qualifier in November 1993 when they conceded a late goal to lose 2-1, a defeat that meant they missed out on a place at the following year’s World Cup in the United States.

The home side trailed again at the Stade de France after conceding an early penalty but bounced back by taking control of the midfield and breaching a porous defence almost at will. *3

Tottenham striker Vincent Janssen produced the finest of strikes as Holland eased past Belarus to rise to the top of Group A.

The Dutch, who finished third at the last World Cup in Brazil but failed to qualify for Euro 2016, ended an unprecedented run of five successive home defeats stretching back 16 months.

The home side started brightly, Janssen providing the scruffiest of assists from the right, with his pass bouncing off various Belarus players’ legs before falling to Quincy Promes, who found space to beat the visiting keeper at the near post. *4 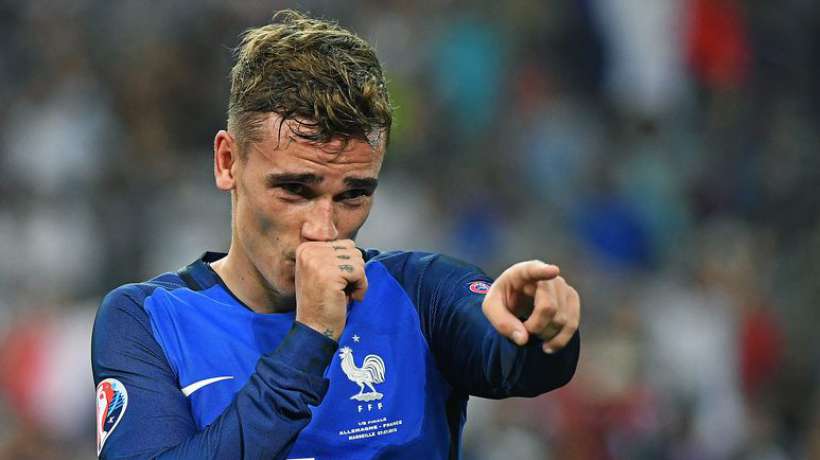 So, a pretty predictable night with one exception – Luxembourg battling back to draw with Belarus despite having only 10 men. It was their only shot, too. Neither side will be in Russia, though. France look big favourites to finish top of Group A, but Sweden could well pip Holland to the play-off place. In Group B, the three away teams won. That was true to form but Switzerland were not entirely convincing against Andorra. And in Group H Christian Benteke scored the fastest ever goal in World Cup qualifying history, setting up Belgium for a 6-0 win over Gibraltar after only seven seconds. Bosnia and Greece both won 2-0. *5 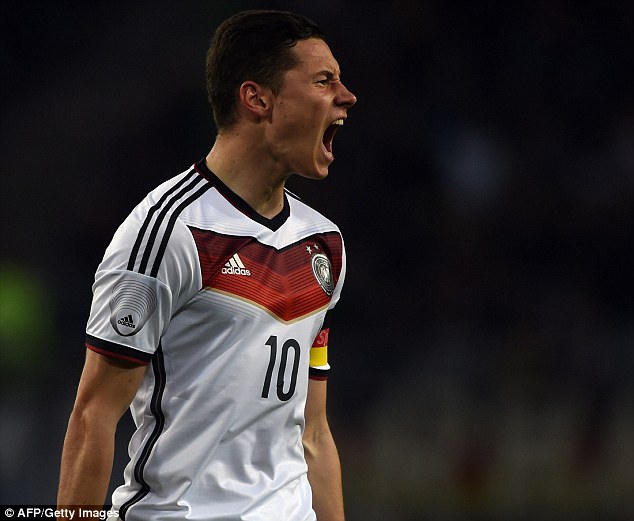 By the time the German fans were doing a Mexican wave in the rain and the Northern Ireland supporters began singing the theme tune from The Dam Busters, it was all over. There were 20 minutes on the clock.

This victory for the world champions was as routine as it was predictable, albeit a respectable one for Michael O’Neill’s side after they went two goals down so early at the HDI Arena in Hanover.

In fact, the only notable thing about it was that Joachim Low’s 94th win as coach equalled the German record. *6