Geek God Review electoral map generated with the help of 270towin. We cross-referenced available polls and election data (Emerson, Quinnipiac, Rasmussen) to come up with our electoral map, with studies of  electoral results from 1964 (Lyndon Johnson vs Barry Goldwater) to 2012 (Barack Obama vs Mitt Romney).

The 279 electoral votes, the “Blue Wall” of Hillary Clinton, is holding on with Donald Trump failing to make a dent on it less than 30 days before November 8. Trump’s “Red Wall”, meanwhile, are crumbling down from 180 electoral votes, he only has a projected 174 electoral votes. The traditional deep red states, Arizona, Texas, Alaska, Utah and Indiana are slowly turning purple with Arizona becoming a battle ground state in our last prediction and remains still this week. Texas and Alaska, two traditional deep red states, are also crumbling down with Trump’s lead in Texas reduced to just +4 and just +3 in Alaska, a horrifying sign especially with Texas being the second largest state next to California, with 38 electoral votes. This week’s biggest lost for the Trump campaign is Utah with the entry of independent candidate Evan McMullin. Utah, just like Arizona, falls this week, becoming another Republican state which turned into a battle ground state. Indiana shifted from being a strong red state to now just leaning to Trump.

Some good news for the Trump campaign: Georgia turned to leaning state to now a strong red state, while Trump is now leading in Iowa +4 from last week’s deadlock. Meanwhile, Clinton solidifies her grip in Pennsylvania pulling it away from the battle ground states list while increasing her lead in North Carolina, which from being a battle ground state, is now a leaning state for her. 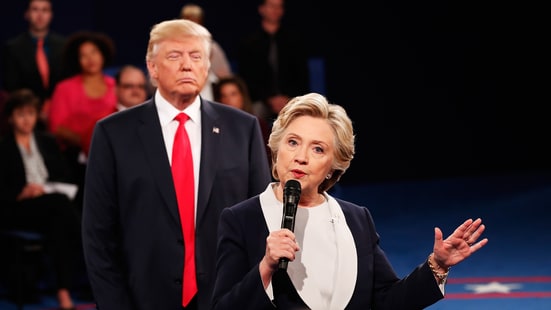 Here are the current polls data from the battle ground states:

From last week’s poll where Trump is leading majority of the battle ground states, now the numbers show that Clinton is steadily rising up with surges in Ohio, Colorado and Arizona (a state which Trump failed to sway on his side this week). Utah became a battle ground this week but signs point to a Trump win. The poll from Iowa is a good sign for the Trump campaign as they are still having a furious (and good) battle in Nevada.

Clinton is holding on to her 279 electoral votes, with strong showing on her previous “weak spot” states especially in Pennsylvania though her lead in Rhode Island, New Mexico and New Jersey is slowly eroding.

Trump’s road to 270 electoral votes is slowly getting narrower with fall of deep red states of Alaska, Utah, Texas and others this week. He needs to focus on maintaining (and increasing) his lead especially in Texas to make sure to hold on to his crumbling 174 electoral votes. He needs to win all of the battle ground states and target Clinton’s “weak states” of Rhode Island, New Mexico, North Carolina and New Jersey (all traditional blue states) to make his electoral votes (best scenario) 297 to 241. 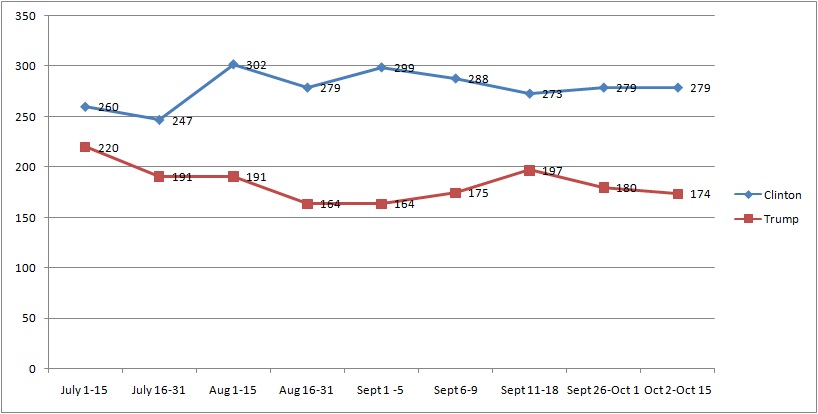 We’ve calculated the projected popular votes the candidates could be getting come November by gathering the voters turn out data from 2012 general elections and getting the percentage based on the various current available polling data.

Clinton further widens her national polls lead 45% to 39% with gains not just from the Democrat states but also in Republican states. Donald Trump is steadily losing from traditional deep red states taking a hit on his popular votes on those states though he maintains his number this week. Clinton’s projected popular votes could be around 56.2 million up from 52 million against Trump’s 48.3 million.

The third party candidates’ numbers are going down still. Libertarian candidate Gary Johnson’s number slid to from 8% to now just below 6% (roughly translates to 8.5 million votes, losing around 1.5 million votes from last week). Jill Stein could get around 3.1 million votes (2.49%). 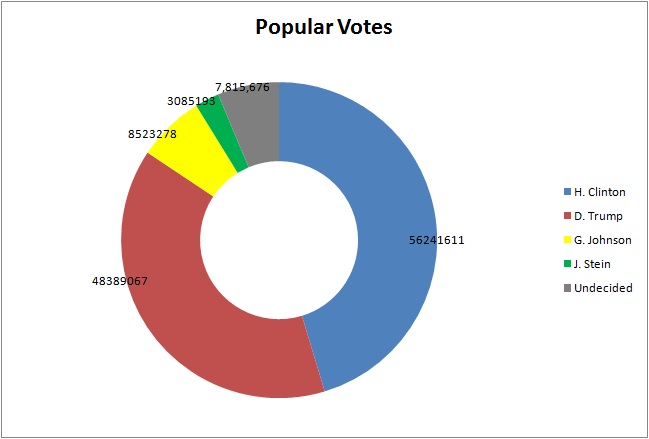