Before they could be all presidential and respectable, let’s take a look on the young life of these past US presidents and see if they too aspired to search for the Deathly Hallows and dominate the world and meet a Gellert Grindelwald or they were just usual teenagers because we cannot all be Albus Dumbledore.

Born on October 4, 1822 Rutherford Birchard Hayes, called “Rud” as a child, was named for his father and grandfather. His American roots traced back to 1680’s New England. Five years before Rud’s birth, his parents fled the poor economy there and resettled in Delaware, Ohio, just north of Columbus. They secured a farm, established a whiskey distillery, and built a house in town. But Rud’s father died in July 1822, leaving Sophia Birchard Hayes—already mourning the recent loss of a daughter—with two children and a third on the way. The future President was born ten weeks after his father’s death. He was often sick as an infant. When Rud was only two, just as his health improved somewhat, his nine-year-old brother drowned while ice-skating. Sophia was left with a daughter, Fanny, and a son Rud, who remained frail.

His mother Sophia taught Rud to read and write, but through Fanny, who was exceptionally bright, he became acquainted with Shakespeare’s plays and Sir Walter Scott’s poetry. Rud later recalled:“The school was free to all and was crowded with scholars of all ages, from little folks of our own size up to young men grown. The school-master, Daniel Granger, was a little, thin, wiry, energetic Yankee, with black hair, sallow complexion, and piercing black eyes; and when excited appeared to us a demon of ferocity. He flogged great strapping fellows of twice his size, and talked savagely of . . . throwing them through the walls of the schoolhouse. He threw a large jack-knife, carefully aimed so as just to miss, at the head of a boy who was whispering near me.”Despite the brief frightening experience with Granger, Rud regarded Joan Hills Murray, who ran a private grade school in Delaware, as his “first teacher.” *1

Teddy’s life began rather inauspiciously. He was a sickly child, asthmatic (a condition that at the time was sometimes fatal), near-sighted, and home-schooled. His father, who desired a rugged son, was completely disappointed in him. He would not let Teddy languish in his frailties. One day he took Teddy aside and said:

“Theodore you have the mind but you have not the body, and without the help of the body the mind cannot go as far as it should. I am giving you the tools, but it is up to you to make your body.”

Teddy did not hesitate before responding:

From this moment on, Roosevelt become a tireless champion of what he called the “strenuous life.” His goal was to live each day with vigor and conviction. He put fearlessness as a constant goal before him.

Teddy immediately went to work. He and his father built a gym in the house where he would box and lift weights. He found hiking particularly vitalizing and would climb mountains in all sorts of weather.

He became a strapping and hearty young man, taking up competitive boxing and rowing as a student at Harvard. Even so, after he graduated his doctor advised him that due to serious heart problems, he should find a desk job and avoid strenuous activity. Roosevelt decided to climb the Matterhorn instead. Because Roosevelt had thrown off his sickliness through willpower and discipline, for the rest of his life he had no sympathy for pansies. Of his sons he said: “I would rather have one of them die then to have them grow up weaklings.” *2

Thomas Woodrow Wilson was born near the end of December 1865, in Staunton, Virginia, to parents Joseph R. Wilson and Janet Woodrow Wilson. Interestingly, the exact date of his birth is not known for certain. When he was born, it was recorded in the family Bible that he was born at “twelve and three- quarters o’clock” at night on December 28. This was the date that Wilson himself used throughout his life. Thomas Woodrow was the third child of four and grew up with the nickname “Tommy”, a name he eventually dropped after graduating from college.

Growing up in Augusta, Tommy also witnessed the effects of the Civil War on the South. His earliest memories of the war were times when he was far too young to understand much of what was going on. Legend has it that, while playing in his yard one day, he heard a passerby announce in disgust that Abraham Lincoln had been elected President. After the war ended in 1865, young Wilson remembered watching Union guards marching Jefferson Davis through town on his way to a prison. The entire South was hit hard by the devastating battles, Yankee raiding parties, looting, property destruction, poverty, and corrupt Northern government officials, not to mention the scores of thousands of lives the South lost in the struggle. *3

John Calvin Coolidge was born in 1872 on the Fourth of July and in the 96th year of American Independence. The child was named for his father, but the family dropped the John, calling him Calvin or Cal.

His birthplace was Plymouth Notch, a small hamlet tucked away in the Green Mountains of Vermont. His ancestors were among the earliest settlers in the area. The Notch was a place he would always hold dear and to which he would frequently return for renewal. As president, he became closely associated with it. And, after his death, Coolidge’s friends decided that the Plymouth Notch homestead and environs should be preserved as his memorial.

In February of 1886, at 13 years, Calvin Coolidge broke with the past when he entered the Black River Academy—an institution similar to a high school—at Ludlow. It was, he said, his first great adventure. “I was perfectly certain,” he later wrote, “that I was traveling out of the darkness into the light.” The academy, with a Baptist affiliation, had a student body of around 125 students and had just celebrated its 50th anniversary. Coolidge’s father, mother, and grandmother had attended the school for a few terms.

To prepare for future college work, Coolidge took the classical course, with its focus on Latin, Greek, history, and mathematics. Such course work, he would later observe, provided the ideals necessary to give direction to a person’s life. During his first term, he began his lifelong study of the Constitution of the United States. Years later he would praise that great charter, writing that “no other document devised by the hand of man ever brought so much progress and happiness to humanity.” His tuition was about $7.00 a term, and his room and board ran no more than $3.00 per week. *4 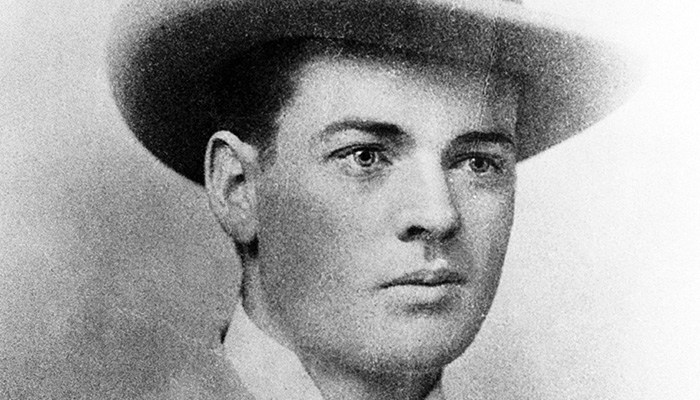 Herbert Clark Hoover was born on August 10, 1874. For the first nine years of his life, he lived in the small town of West Branch, Iowa, the place of his birth. His Quaker father, Jessie Clark Hoover, a blacksmith and farm equipment salesman, suffered a heart attack and died when Herbert was six years old. Three years later, the boy’s mother, Huldah Minthorn Hoover, developed pneumonia and also passed away, orphaning Herbert, his older brother Theodore, and little sister Mary. Passed around among relatives for a few years, Hoover ended up with his uncle, Dr. John Minthorn, who lived in Oregon.

The young Hoover was shy, sensitive, introverted, and somewhat suspicious, characteristics that developed, at least in part, in reaction to the loss of his parents at such a young age. He attended Friends Pacific Academy in Newberg, Oregon, earning average to failing grades in all subjects except math. Determined, nevertheless, to go to the newly established Stanford University in Palo Alto, California, Hoover studied hard and barely passed the university’s entrance exam. He went on to major in geology and participated in a host of extracurricular activities, serving as class treasurer of the junior and senior student bodies and managing the school baseball and football teams. To pay his tuition, Hoover worked as a clerk in the registration office and showed considerable entrepreneurial skill by starting a student laundry service. *5

Author’s Note: The photos and inspiration for this article came from “The Presidents of the United States: When They Were Young and Hunky” (yes that’s the entire title). You can click the URL here: (https://www.hottestheadsofstate.com/young-us-presidents/). Photos are from the site too but we attributed some of the original source to be safe.