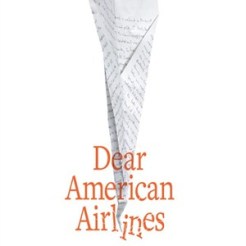 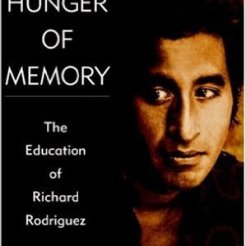 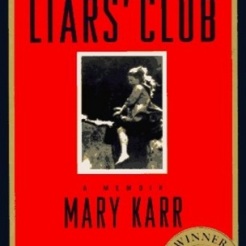 We’re on our fifth part in our “Top Books Look Back” series of articles. In Part 5 of our series, we’re taking you to a journey to find the true story behind the legend of King Arthur in the compelling book “The Keys to Avalon,” then we’re taking you behind the cameras with dolly grip Bobby in the hilarious book “Based on the Movie” plus four other books that made it to our top books list in the past years.

In case you missed it, we’re revisiting the book titles which made up our top list for the past ten years. Some of them were included in the annual top ten lists way beyond the creation of this site so we took an opportunity to have them reviewed a bit. We selected a few of them which you could read or re-read. So again, here we go. 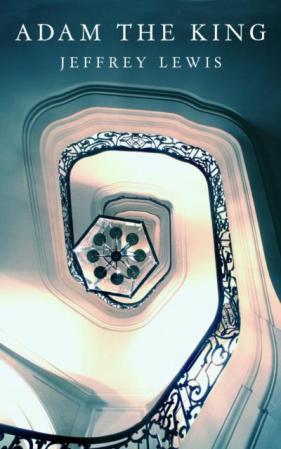 “He’d read enough to know that someone like him was called an isolate by the world.”

Disasters bookend this slim story, the last in a quartet of loosely linked novels (Meritocracy, 2004, etc.) from TV and movie scriptwriter Jeffrey Lewis.

The setting is coastal Maine. The small community of Clement’s Cove is made up of year-rounders and summer people from “away.” The year-rounders, like Thomas Hardy’s rustics, gather in the general store to comment on the action, which begins with a fabulous wedding paid for by the groom, Adam Bloch, a Jew among the WASPs. Back in 1966, Adam was the driver in an accident that killed a beautiful young woman, Sascha Maclaren; he hasn’t felt human since, though he has gone on to amass an extraordinary fortune. Blind chance tugs Lewis’s characters this way and that, and a happenstance meeting in Manhattan between the lonely bachelor billionaire and Sascha’s beautiful sister Maisie leads to their marriage (both are now in their 50s). The story revolves round two couples: Diffident Adam and capricious Maisie, and the year-rounders Verna, who cleans houses, and her shiftless boyfriend Roy, who doesn’t do much of anything. Adam has built a magnificent house for his bride and her two little girls (Chinese, adopted). Maisie needs a lap pool. Verna possesses the last piece of soft ground in this rocky terrain, ideal for Maisie’s pool; but Verna won’t sell. Resisting the conventional story line (new money rides roughshod over the old timers), Lewis has Adam, the good neighbor, back off; but his perfect manners are no match for life’s vicissitudes, and in a second disaster, the house burns to the ground. We learn this at the outset, but Lewis cunningly conceals the circumstances, to provide a gripping climax. In between he looks glancingly at the trickiness of relationships, the attachment to ancestral land and the unfair distribution of guilt. He does justice to both social groups, and he is helped immeasurably by a pitch-perfect ear.

The Keys to Avalon

“In the midst of the lake Arthur was ware of an arm clothed in white samite, that held a fair sword in that hand.” (Le Morte D’Arthur quote)

Avalon is Britain’s very own Atlantis – a mystical kingdom rich in myth and lore. Legends tell how the body of King Arthur was taken to Avalon, where he would wait till his nation’s hour of need – the truth is that Avalon was a very real place with a turbulent history of its own. In The Keys to Avalon, the authors use neglected ancient sources, geographical clues and modern maps to take us to the heart of this realm. They uncover a remarkable landscape steeped in evidence of a bygone age. En route, they debunk the claims of other places to the name of Avalon, and literally redraw the map of Dark Age Britain, forcing us to re-examine all of our theories about this era. Ultimately, they reveal the kernel of historical truth at the heart of the Arthurian legend and unlock the borders of a lost land. *2

“What you do is yo keep on going…until you just can’t do it anymore.”

The plot of Mary McGarry Morris’s latest novel, “Songs in Ordinary Time,” sounds in summary an awful lot like a sick parody of “The Bridges of Madison County.” A traveling man arrives in a small, isolated town and meets a lonely woman. He romances her with windy talk about her “strong, strong heart” and the “opportunity and freedom” to be had in America, and despite the protestations of her estranged husband, she soon falls madly in love. Only after this mysterious stranger has taken all her money and nearly destroyed her family does she realize that he is not who he claims to be — that, in fact, he is a liar, a con man and a killer.

Such a melodramatic plot is not easy to pull off, but given Ms. Morris’s impressive track record, the reader is initially hopeful that she will be able to perform this difficult feat. After all, her two earlier novels were narrative tours de force that were as affecting as they were absorbing. In fact, with “Vanished” and “A Dangerous Woman,” Ms. Morris established herself as a credible heir to Carson McCullers; she established herself as a wise, unsentimental portraitist of the lonely, the damned, the desperate and the incomplete.

Unfortunately for the reader, something has gone terribly wrong with “Songs in Ordinary Time”: Ms. Morris has not only temporarily lost her magical sympathy for her characters, but in doing so she has also managed to misplace her ability to tell an emotionally compelling story. *3 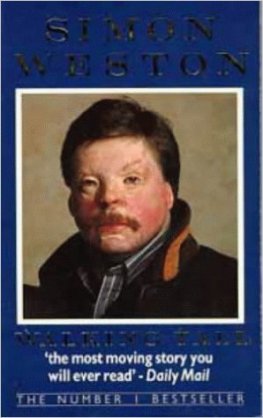 “Life had to be lived in a series of short bursts, each one aimed at something just a little further than I could see.”

n 1982 the Sir Galahad was destroyed in Bluff Cove on the Falkland Islands. On board was Simon Weston, Welsh Guardsman, a name and face that was going to become well known for his struggle to overcome his injuries (46% burns) and redefine his role in life.

Today Simon takes the opportunity to convey his story in order to motivate and encourage those, who like him, want to move on to the next goal, whatever it may be! The only obstacles to achieving one’s targets and successes are those you create for yourself. His words never fail to inspire you. *4

“Dear American Airlines,” Jonathan Miles’s fine first novel, takes the form of a letter to the titular air carrier, which has stranded Benjamin R. Ford, the book’s middle-aged protagonist, in O’Hare Airport on the way to his estranged daughter’s wedding. One doesn’t take this premise literally, of course. As Bennie waits to be put on another flight, he has a lot of time on his hands, enough to miss first the rehearsal dinner and then the “wedding” itself (quotation marks courtesy of Benjamin, who’s just found out that his daughter is marrying a woman), but not enough to write a novel. The premise works though, because, as anyone who’s ever been stalled in an airport knows, time crawls.

It feels like eternity, and once Bennie has cussed out the air carrier — energetically, colorfully, inventively — for its lying, cynical, careless ways (yes, exasperated fellow travelers, Bennie’s venting is a lot of fun) and demanded his money back, there’s plenty of fictional time left to reflect upon his entire crappy life to this crappy point, which he does. Indeed, airport time goes so slowly in the “purgatory” of O’Hare that there’s plenty left over for Benjamin, a former poet who now works as a translator, to read and translate large sections of a Polish novel, as well as to digress into an impressive array of cultural issues, large and small. Bennie’s digressions don’t all advance the story, but they’re great fun and serve an important purpose by lightening the narrative load. *5

Based on the Movie

“Its easy to lose track of your life in this business…While the rest of the world measures their life in days and years, movie people mark their lives by the jobs they’ve done.”

High Fidelity meets The Player in this hilarious and insightful first novel that takes place behind the scenes of a movie set, where a depressive dolly grip tries to turn his life around, hoping for his own happy Hollywood ending.

Informed by his years on the set of dozens of television shows and Hollywood movies, Based on the Movie is Billy Taylor’s satirical debut novel that shows readers what it’s really like behind the cameras. Nine months after Bobby Conlon’s wife, Natalie, dumped him for a hot young director, his life is out of kilter. But it’s time to throw out that year-old Christmas tree decorated with 500 empty Vicodin bottles and fly to Texas to work on a movie starring Ralph the Swimming Pig. Once in Texas, Bobby realizes he has signed on to the most dysfunctional movie ever. The director can’t direct, the pig catches pneumonia, and just when things can’t get any worse, Natalie and her boyfriend are hired to take over the movie. Suddenly, Bobby’s personal and professional lives collide, and no matter which way he turns, fresh disasters await. Still, in spite of everything, Bobby clings to the hope that a happy ending might be possible. This is the movie business, after all. A side-splitting look at what actually happens on a film location, told from the perspective of the hardworking and long-suffering men and women behind the scenes, Based on the Movie is a captivating and entertaining read that brings real life and reel life together to great effect. *6