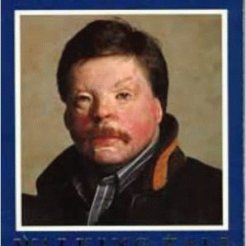 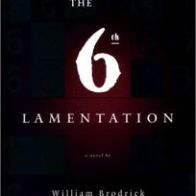 We’re on our fourth part in our “Top Books Look Back” series of articles. In Part 4 of our series, we’re taking a look back to the 2011 top books. 2011 is considered the golden year for the site’s book reviews as all of the featured books that year are superb in terms of story and writing.

In case you missed it, we’re revisiting the book titles which made up our top list for the past ten years. Some of them were included in the annual top ten lists way beyond the creation of this site so we took an opportunity to have them reviewed a bit. We selected a few of them which you could read or re-read. So again, here we go.

“Failing to find me at first keep encouraged,

Missing me one place search another,

I stop somewhere waiting for you.”

The Whitman Kick (1977) explores issues of sexual maturity through the story of 17-year-old Alan Ponder, another boy from a small town outside Atlanta who, as the story opens in 1942, has enlisted in the Army at Fort McPherson. (*1: From Georgia Writers Hall of Fame article). What I love about this book is of course the poems of Walt Whitman and how these poems served as a background of the story. The countryside setting is also endearing, transporting the reader to that place, and the way Robert Burch described every scene, every details in that countryside, is superb, like you would actually feel the air, smell the trees and stuff like that. The lines are so sharp that readers would really feel the emotions of the characters. Over all, this is one of the most moving books I have read so far. 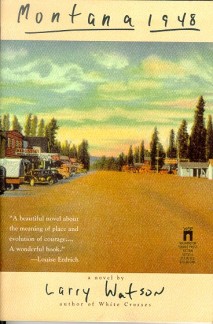 “…I simply blamed life in town and sought to escape it as often as I could.”

The novel focuses on the life of young Montanan David Hayden, his family and the fictional town of Bentrock, Montana, and focuses on the struggles of a family torn between loyalty and justice. There is something deeply satisfying in reading books with settings like this. If you want to escape the real world, even for just a moment, then I suggest reading this one. The plot is typical but what is special on this one is on joining Hayden in his life, sharing his joy and grief as he navigates his life in their old town, which was full of ordinary events with a backdrop of the unexpected.

The Pleasure of My Company

Daniel Pecan Cambridge, a genius rejected by Mensa after they inadvertently omitted the 1 at the beginning of his IQ, is plagued by Obsessive Compulsive Disorder. Everything must be logical, symmetrical, explicable and quantifiable. At any one time, for example, the total wattage of active light bulbs in his Santa Monica apartment must be precisely 1,125. Street curbs, meanwhile, are the literally insurmountable manifestation of all that is unacceptable to him: even the thought of stepping into the road at any other point than a driveway paralyses him with panic. Not surprisingly, he is unable to hold down a job, surviving on state benefit and the generous donations of his beloved Texan granny.

Martin is intelligent and, at moments, The Pleasure of My Company displays a surprising sensitivity. But there is no dark side to his clowning: nothing morbid; nothing, bar the occasional split infinitive, which is even uncomfortable. This is light-hearted, quick-witted slapstick; innocent and playful, original and funny. It is the kind of goofball comedy of the naïve. It is a lot of fun. (*2: from The Guardian)

“Because sometimes we cannot make a synthesis of the past, and there comes a time when we have to forgive what we can, when it Is better to forget what cannot be forgiven…Let them judge themselves.”

The book defies genre pigeonholing; it is simply storytelling at its finest. Amid the rush and tumble of a stirring plot, the author’s eloquent prose brings power to the tangled and tragic history on which the story is based. After decades in hiding, Eduard Schwermann, a suspected Nazi war criminal, claims sanctuary at Larkwood Priory, a modern-day monastery in the English countryside. Ordered to investigate the 50-year-old mystery of Schwermann’s crime, Father Anselm, an ex-lawyer turned monk.the truth is revealed layer by layer as the past gives up its secrets to the persistent Father Anselm and the devoted Lucy. Even in the smallest moments, Broderick’s writing is beautiful: “They walked on, the light swiftly thinning, the mad swooping of distant birds suddenly ended, leaving the sky bare, unscored.” The complex nature of the plot demands concentration, but the effort pays off handsomely as one is swept into this heartrending story. (*3: from The Publishers Weekly)

The book tells the story of Karr’s troubled childhood in a small Texan town in the early 1960s. Using a non-linear storyline she describes the troubles of growing up in a family and town where heavy alcohol abuse and psychological problems are common issues.

The trouble with The Liars’ Club is just how easy Mary makes it look. She is a poet, and so she has a poet’s ease of language, slapping certain words where they oughtn’t traditionally be and creating brand spanking new uses for them. Mary is a natural comedian, with the timing of a stand-up and the vigor of a vaudeville queen. And Mary is insightful beyond measure, recalling childhood with the clear-eyed generosity of someone looking down from a possible heaven. Therefore, her truthful book is a beautiful deception: she makes it look easy to do what is hardest, and that is to tell your own story and have it be heard. Mary’s family couldn’t hide their most sacred business from their neighbors. Now Mary doesn’t want to. Neither do we.

Because Liars’ Club is more than an account of a tattered childhood and one brave and brilliant woman’s attempt to use it rather than deny it. This book is an aggressive tap on the shoulder in a crowded room, a smiling funny face asking its readers, Wanna be friends? (*4: From The Paris Review)