Imagine never having the need to sleep.

This is one of the best books depicting high school life through the eyes of a geek. But among all the geek books I read so far, The Boy Who Couldn’t Sleep And Never Had To fascinated me the most, mainly because of the main character’s ability to never sleep and thus had an opportunity to gain vast knowledge by reading all the books he wanted to read while the world sleeps. It was my wildest dream printed in paper, manifested by this single boy Eric Lederer.

“For all your books and interests and films you’re an idiot.”

The story was told by Darren Bennett years after meeting this strange little guy with a strange secret. Eric Lederer was your typical geek guy, the favourite student of every single teacher, straight A’s and all that geeky stuff. Darren, on the other hand, was a typical high school loser, not so good looking, scrawny and invisible. He never liked people, of course, and parties, definitely. He just stayed at his room after school, finishing his graphic novel.

When Eric approached Darren, the two instantly connected, and they would spend their days finishing Darren’s graphic novel without a care of the high school world they were living in. And then came Eric’s secret: he could not sleep. He never did.

The secret was safe until a heartache brought by a girl from the drama class tore their friendship apart, and Darren revealed Eric’s secret. The secret was now out and the two need to run from a mysterious man trying to tap this gift of Eric. This man wanted know only one thing: how the Eric  never had to sleep.

What will you do if you never have to sleep in your life?

“How dare he tell me something I want so badly to be true that so clearly isn’t and can never be?” 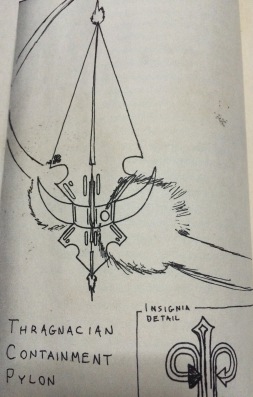 The story seemed to be ordinary at first. It did capture, although in some instances blurry, the minitaue sketches of high school life. Even amid the backdrop of Eric’s gift of never having to sleep at all, the book is just like your typical YA book, full of stories of high school life from drugs to boring classes to falling in love. Even the death-defying lunch breaks.

What made this story engaging was how the author, D.C. Pierson, made the dynamic between Eric and Darren cooler than your average YA characters. The very descriptive details of the creation of the story and the formation of the characters in their graphic novel took most of the first part of the book and I think was what made it special and unique. The time the two spent together finishing the novel might be boring to the eyes of the most people but a special one for us geeks. And fun too.

As readers would see at the later part of the book, the created characters are vital for the denouement of the story, but creating those characters, with the story of the novel, amid the backdrop of a high school experience, was striking and revealing. While most people live in the real world, Darren and Eric exist in two worlds: the real and the one’s they created for themselves.

Then the characters in the graphic novel came to life. 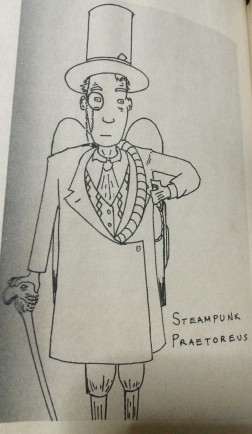 “Then you could imagine a hell of a lot if you have an imagination that’s used to getting inside of mechs and robots and thinking up political systems for other galaxies not yet discovered and how spiders would organize an army if they had to.”

Then came Eric’s power: he can make the characters they created come to life, from imagining it on his brain to actually making them real. This fantasy was drop amid the background of a real high school world and the result was chaotic in a good way. I like the way Darren describe this weird power of Eric: “What you’re telling me is, some of the things that aren’t real that you think are, they become real.”

How Pierson built his story to come to this part was riveting, making the sleepless gift of Eric more intriguing. The characters they created were given enough pages from the start to be introduced to the readers with the result of when they suddenly came to life, those characters becamemore interesting, the way readers want to know more about them but at the same time being nervous of their intentions, even their abilities, that the two boys so unwittingly given to them.

Creating villains out of imaginary characters who came to life due to the main protagonist’s gift was not unheard of, but in a story with a geek as your main characters, it means something much deeper. The book shows us how geeks, and lonely and isolated individuals, battle imaginary villains on their brains, every day of their entire existence, always running from The Man who might want to try to open his brain.

“I was then (and I guess I am still now) in my own world of misreading people, reaching out to them in an awkward, overplanned way that blows up big time, then retreating back into my just-me existence, while they go around telling anyone who will listen what a tard I am.”

The story is chaotic in this special geek way

Combine Eric and Darren and that’s me. Naturally, I’d be hook to this story because of the characters for starters, but their seamless chemistry was palpable and honestly, would make the readers jealous. From thousands of friendships formed in thousands of YA books, theirs was special and readers would remember the times they shared working to finish the graphic novels, or the time they tried to outrun The Man when they remember their story.

Eric is the very person most geeks want to be, a person who has a secret and felt special amongst the crowd of ordinary people. Eric, too, did not want to be a social pariah like most geeks, but unlike them, he has this talent, this real gift that he did use to his advantage, using his unlimited time to make himself special. That is what geeks desire most. While we pretend to be special amid the loneliness, that is only a pretend play, a defence mechanism to cope around people. Eric’s talent was real, and unique and special. It was not just an imaginary talent, or some lame skill. That talent, that skill is what geeks aspire to have.

This is an apology story of Darren who, after all this years, is still searching for his missing friend, living with shame and guilt for what he had done.

My copy of this book is displayed on my bookshelf; it is there for me to see every day. And every time I chance a glance at it, I wonder if Darren did succeed in finding Eric. And if not, where is he? What has The Man done to him?

Here’s hoping that wherever he is, he got a chance to finally close his eyes and sleep.

Author’s Note: The Boy Who Couldn’t Sleep And Never Had To landed at the 5th spot in Geek God Review’s list of Best Books of 2012. The author, D.C. Pierson, plans to make a feature film adaptation of this book.

You can check out the proof-of-concept here: