We’re revisiting the book titles which made up our top list for the past ten years. Some of them were included in the annual top ten lists way beyond the creation of this site so we took an opportunity to have them reviewed a bit. We selected a few of them which you could read or re-read. So here we go.

The Tales of Beedle the Bard (J.K. Rowling. Top 10 book, 2008): This is a collection of children’s tales in the Wizarding world as written by a bard named Beedle who lived in the 15th century. This includes the infamous “Tale of the Three Brothers” where the legend of the Deathly Hallows originates. If you don’t know this, you do not read the Harry Potter books so give up. It has cool commentaries by Albus Dumbledore about the origins and meaning of the stories told on the book.

All I Really Need to Know I Learned in Kindergarten (Robert Fulghum. Top 4 book, 2008): This book contains the thoughts of the author about every aspect of life which leaves readers see the most beautiful things even in life’s most uncommon things. This is a touching read that will challenge us to live our lives fully.

The Guns of the South (Harry Turtledove. Top 2 book, 2008): I like Harry Turtledove’s novels because of their alternative history take. This book is a speculative story, it will help readers understand what will happen if the Confederacy acquired modern guns and defeated the Federate states during the US Civil War. This innovative story employs effective blend of well-research historical fiction to make this compelling historical alternative. 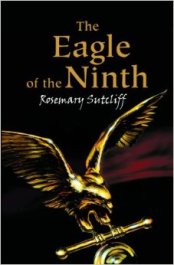 The Eagle of the Ninth (Rosemary Sutcliff. Top 1 book, 2008): This one was made into a move  two years after I read it. Again, this is a historical book, but this time, it was based on true-events not an alternate story. This is a re-creation of an historical period, a theory of what occurred during a certain unexplained chapter in the vast history of the Roman Legions. This novel attempted to answer why the symbol of the Ninth Legion which went missing, was excavated in Silchester. In retold how the symbol was lost and how a young legatus found it.